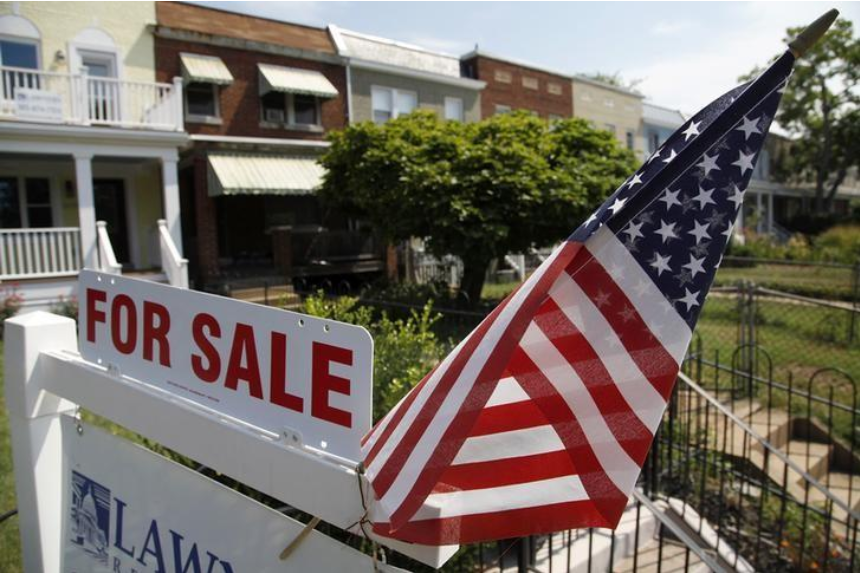 A U.S. flag decorates a for-sale sign at a home in the Capitol Hill neighborhood of Washington, August 21, 2012. REUTERS/Jonathan Ernst

US home sales increased more than expected in October as hurricane-related disruptions eased, but a chronic shortage of houses which is pushing prices beyond the reach of some first-time buyers remains an obstacle.

The National Association of Realtors said on Tuesday that existing home sales rose 2.0 percent to a seasonally adjusted annual rate of 5.48 million units last month. The NAR said sales in Houston and Jacksonville, regions which bore the brunt of Hurricanes Harvey and Irma, had rebounded.

The Realtors group said it expected activity in the areas affected by the storms to fully recover by the end of the year.

“While this summer’s storms undoubtedly took some steam out of the housing market, the greater problem remains the general lack of inventory,” said Mark Vitner, a senior economist at Wells Fargo Securities in Charlotte, North Carolina. “People simply are not moving as much as they used to.”

Existing home sales make up about 90 percent of U.S. home sales. They fell 0.9 percent on a year-on-year basis in October and remained well below a 10-year-high 5.70 million-unit pace touched in March. Economists had forecast home sales rising 0.7 percent from September to a 5.42 million-unit rate last month.

October marked two straight months of increases. There are concerns that an effort by Republicans in the U.S. Congress to overhaul the tax code could undermine the housing market.

Republicans in the House of Representatives have proposed allowing interest payment deductions on mortgage debt only up to $500,000, and only on a primary residence. Their colleagues in the Senate want to keep the existing limit at $1 million but eliminate the deduction of interest on home-equity loans.

“We just hope the tax cut plans are not too radical and end up scaring the consumer and make the purchase of a new home even less affordable after taxes,” said Chris Rupkey, chief economist at MUFG in New York.

The PHLX housing index .HGX was trading higher in line with a broadly firmer stock market. The dollar slipped against a basket of currencies while prices for U.S. Treasuries rose.

The South, which accounts for almost half of the existing homes sales market, recorded a 1.9 percent increase in sales last month. There were also gains in sales in the Northeast, Midwest and West regions.

Home sales remain constrained by an acute shortage of properties, which is exerting upward pressure on house prices, and sidelining some first-time buyers, who accounted for 32 percent of transactions last month.

Economists and realtors say a 40 percent share of first-time buyers is needed for a robust housing market.

The number of previously owned homes on the market fell 3.2 percent to 1.80 million units in October, a seven-month low. Supply was down 10.4 percent from a year ago. Housing inventory has dropped for 29 straight months on a year-on-year basis.

At October’s sales pace, it would take 3.9 months to exhaust the current inventory, down from 4.2 months in September. A six-month supply is viewed as a healthy balance between supply and demand.

As a result, the median house price increased 5.5 percent from a year ago to $247,000 in October. That was the 68th consecutive month of year-on-year price gains. In contrast, annual wage growth has struggled to break above 2.9 percent since the 2007/09 recession ended.

“Roughly half of what’s available to buy is priced in the upper one-third of home values, leaving scant options for those aging millennials and young families trying to get their foot in the door,” said Svenja Gudell, chief economist at Zillow.

Builders have failed to plug the inventory gap, citing land and labor shortages, as well as expensive raw materials.

Realtors estimate that housing starts and completions need to be in a range of 1.5 million to 1.6 million units to bridge the inventory shortfall. Homes sold in October typically stayed on the market for 34 days, down from 41 days a year ago.