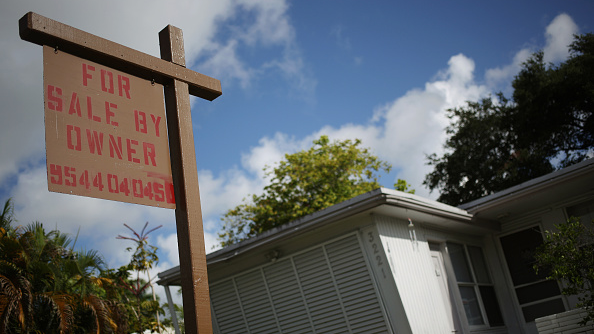 A "For Sale By Owner" sign stands in front of a house in Fort Lauderdale, Florida, U.S. (Photo: Getty Images)

US household debt increased in the third quarter following an increase in mortgage balances as consumers capitalized on low interest rates to purchase homes and refinance loans, according to a survey.

The survey, released by the New York Federal Reserve on Tuesday, revealed that total household debt increased by $87 billion to $14.35 trillion in the three months ending September 30.

The increase made up for a decline from the second quarter, when consumers paid off credit card debt and scaled down on nonessential spending due to lockdowns caused by the coronavirus pandemic.

The total debt load has now exceeded the levels recorded in the first quarter of 2020.

The credit card balances of households went down for the third straight quarter, but the $10 billion decline during the third quarter was just a fraction of the $76 billion drop in the second quarter. Cumulatively, consumers shed $120 billion in credit card debt in the first three quarters of 2020, cutting debt by 13 percent from the end of 2019.

Meanwhile, Mortgage balances surged by $85 billion to $9.86 trillion, due to refinancing and home purchases. The $1.05 trillion in mortgage originations was the highest since a refinance boom in the third quarter of 2003.

Balances for home equity lines of credit, which have been declining since the fourth quarter of 2016, dropped by $13 billion to $362 billion.

Consumers continued to benefit from government aid and forbearance programs offered on student loans, auto loans and mortgages during the pandemic, the survey showed.

The number of student and mortgage loans becoming delinquent continued to decline as people remain covered by forbearance. However, delinquency rates for auto loans crept higher three and four months after entering forbearance, since forbearance varied by lender and was not legally required for those loans, the New York Fed noted in a separate blog post published on Tuesday.