BUSINESS US imported more seafood in 2017 than any prior year

US imported more seafood in 2017 than any prior year 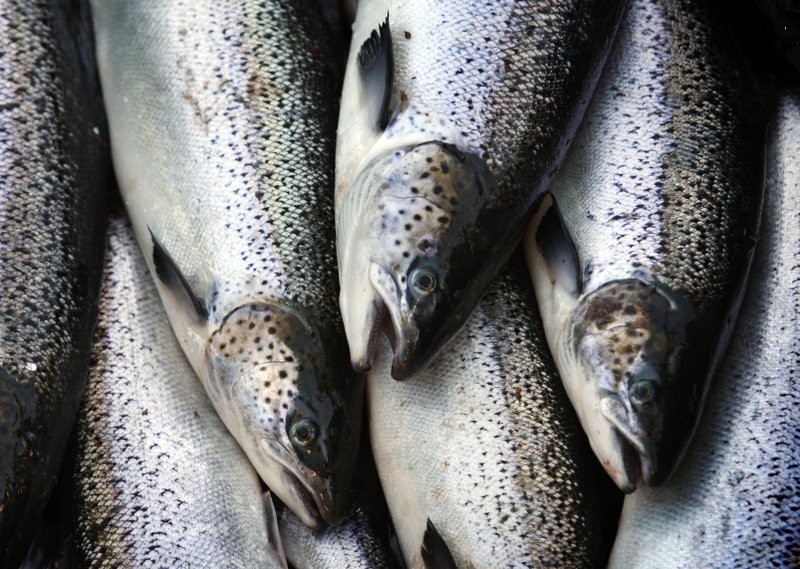 The United States imported more seafood last year than at any point in its history, and the nation’s trade deficit in the sector is growing, federal data show.

The widening gap comes at a time when Commerce Secretary Wilbur Ross, who heads the federal agency that includes NOAA, has identified reducing the deficit as a priority for the government.

The US is home to major commercial fisheries for species such as Pacific salmon, New England lobster and Alaska pollock, but it imports more than 90 percent of the seafood the public consumes.

Ross and others in US fisheries are looking at new strategies to cut the deficit, including increasing the amount of aquaculture-based farming, said Jennie Lyons, a NOAA spokeswoman.

The US trades in seafood with countries all over the world, and the countries it buys the most from include Canada, China and Chile. Major buyers of US seafood include China, Japan and South Korea.

While US fishermen would love to grow commercial fisheries, it’s important to note that domestic and imported seafood are both important parts of the supply chain and support thousands of American jobs, said Gavin Gibbons, spokesman for the National Fisheries Institute.

He added that the trade imbalance isn’t caused by a lack of fish to catch in US waters, as NOAA announced this spring the number of overfished fish stocks in the country is at an all-time low.

“Our stocks are fished to the maximum sustainable yield. In order to feed Americans, and to feed the raw materials into the jobs that are needed, we have to get it from overseas,” Gibbons said.

Some of the seafood items that American consumers are especially fond of, including tuna, salmon and shrimp, are heavily dependent on foreign imports to make it to US markets and restaurants. Some species, such as lobsters, are caught in the US, exported to other countries that have greater processing capacity, and return to the US as imports.

In this way, the US and its trade partners depend on each other to satisfy worldwide demand for seafood products, said Geoff Irvine, executive director of the Lobster Council of Canada.

“Our relationship is vital, and it is symbiotic,” he said.

There are also some fish the US has imported more heavily in recent years because domestic stocks have dried up. One example is Atlantic cod, which was once the subject of a huge fishery in New England. That industry has collapsed due to overfishing and environmental changes.

The US imported more than a half billion dollars’ worth of cod in 2017. That number has grown by more than $100 million since 2014, with fish that once came from Massachusetts now coming from places like Iceland and Norway.

Exports of other species, such as lobster, are up because of emerging markets in Asia, said Mike Tourkistas, founder of East Coast Seafood in Topsfield, Massachusetts. Lobster exports have grown by more than $250 million since 2007, driven by growth in China.

“With lobster, we know that we have had some very big years,” Tourkistas said.