BUSINESS US-imposed tariff measures harm others and are of no benefit to itself: white paper

US-imposed tariff measures harm others and are of no benefit to itself: white paper

BEIJING, June 2 (Xinhua) -- The US administration has imposed additional tariffs on Chinese goods exported to the US, impeding two-way trade and investment cooperation and undermining market confidence and economic stability in the two countries and globally, according to a white paper titled China's Position on the China-US Economic and Trade Consultations issued by the State Council Information Office on Sunday. 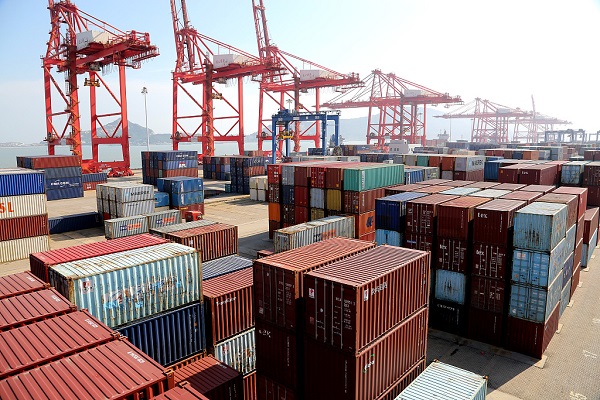 The US tariff measures lead to a decrease in the volume of China's export to the US, which fell by 9.7 percent year-on-year in the first four months of 2019, dropping for five months in a row, the white paper said, citing data from the website of China's General Administration of Customs.

In addition, as China has to impose tariffs as a countermeasure to US tariff hikes, US exports to China have dropped for eight months in a row.

The white paper said that the uncertainty brought by US-China economic and trade friction made companies in both countries more hesitant about investing. China's investment in the US continues to fall and the growth rate of US investment in China has also slowed down.

Direct investment by Chinese companies in the US was US$5.79 billion in 2018, down by 10 percent year-on-year, the white paper said, citing data from the Ministry of Commerce (MOC).

With the outlook for China-US trade friction unclear, the WTO has lowered its forecast for global trade growth in 2019 from 3.7 percent to 2.6 percent, the white paper said, citing a WTO trade forecasts report on its website.