BUSINESS US industrial production ticks up 0.1 percent in October

US industrial production ticks up 0.1 percent in October 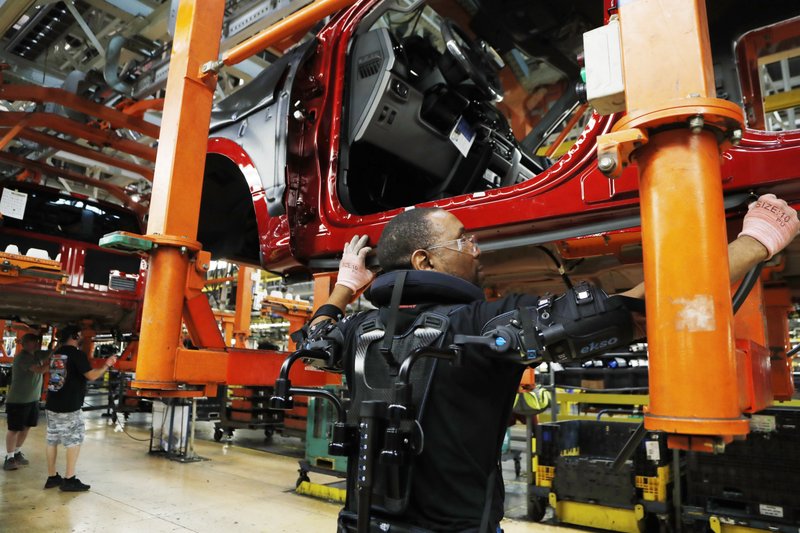 US industry expanded slightly in October, with manufacturing growth offsetting declines in mining and utility production.

Industrial production ticked up a modest 0.1 percent last month, the Federal Reserve reported Friday. It was the fifth straight monthly gain and left output up 4.1 percent on a year-over-year basis.

The Fed said that recent hurricanes lowered production by about 0.1 percentage point in both September and October.

The economy has been growing at a solid rate this year. The gross domestic product expanded at an annual rate of 3.5 percent in the July-September quarter, with manufacturing contributing to the momentum.

But there are concerns that the strong dollar and a slowdown in global growth could hurt future US export sales. There are also worries about labor shortages and the impact of President Donald Trump’s get-tough trade policies, which have featured higher tariffs on aluminum and steel along with penalty tariffs on a range of Chinese goods. China. Other countries have already retaliated with penalty tariffs on American products.

Andrew Hunter, US economist at Capital Economics, said that the new report “provides further evidence that economic growth is set for a gradual slowdown in the fourth quarter.”

Based on the industrial production report, economists at Macroeconomic Advisers trimmed their expectation for GDP growth in the current October-December quarter from a 2.6 percent rate down to 2.5 percent. That would be a full percentage point below the third quarter’s 3.5 percent growth rate.

Factory output was up 0.3 percent in October, matching the previous month despite a big drop in auto production, which fell 2.8 percent last month. It was the second decline for the auto sector in the past four months.

The Fed report showed that production of primary metals jumped a strong 3 percent in October. That was the highest monthly gain since November 2012. Trump’s tariffs on foreign-made steel and aluminum were aimed at boosting prospects for US producers.

Output at the nation’s utilities dropped 0.5 percent in October after a smaller 0.1 percent decline in September. Output in the mining sector, which includes oil and gas production, was down 0.3 percent in October following a smaller 0.1 percent September dip. Both of those declines came after this sector reached an all-time high in August, reflecting strong gains in oil and gas production.