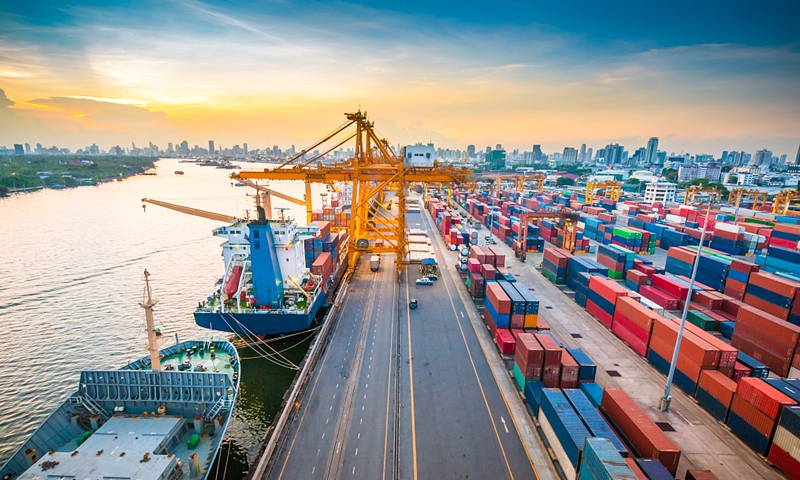 To ease surging inflation, it is important for the US to cancel all additional tariffs imposed on Chinese goods, which will benefit the US, China and the world, Chinese Foreign Ministry spokesperson Wang Wenbin said on Wednesday.

US President Joe Biden reportedly leaned toward removing the tariffs imposed by his predecessor Donald Trump during a meeting at the White House last week, according to US media reports, which experts said signified the most "tendentious" attitude from Biden on the issue, as his administration is scrambling to use all possible measures to cap inflation.

Biden is leaning toward ordering the Office of the US Trade Representative to run a formal "exclusions process" to determine if some consumer items, such as bicycles, should be exempted from the Section 301 tariffs, Axios reported on Tuesday, citing people familiar with the matter.

A potential announcement is expected as early as this month, the report said, referring to it as an action to bring down prices.

In response to the reports, Wang reiterated at a regular press conference that the nature of China-US economic and trade cooperation is mutual benefit and win-win results, and that there is no winner in trade wars or tariff wars.

While the tariff removal has been mentioned by some top US officials, it is still unclear when or how it may take place, experts said that the repeated mentions show the urgency of the matter, which may help to reduce US inflation by 1-1.5 percent, if all additional tariffs on Chinese goods are lifted.

The US government's growing intention to lift tariffs on Chinese goods comes as the Federal Reserve is expected to raise interest rates on Wednesday as the Biden administration is desperate to get runaway inflation under control.

Chinese experts call the latest reported move by Biden the most "tendentious" attitude in the right direction for bilateral trade.

Song Guoyou, deputy director of the Center for American Studies at Fudan University, told the Global Times on Wednesday that Biden must take action to control elevated US inflation and lifting the heavy tariffs is a very important step.

In May, US Treasury Secretary Janet Yellen voiced support for removing some tariffs on Chinese imports that "aren't very strategic" but are hurting US consumers and businesses.

But US Trade Representative Katherine Tai preferred to keep them in place to develop a more "strategic China trade agenda", Reuters reported, citing a source close to the matter.

"The latest and the most 'tendentious' attitude of Biden on the tariff removal suggested that his cabinet members are leaning to reach common ground over the matter in order to deal with the historic inflation situation," Song said.

While US inflation is not all about tariffs but involves many other issues, including high energy prices and the Federal Reserve's extremely loose monetary policy, the lifting of tariffs will definitely help ease inflation, Gao Lingyun, a trade expert at the Chinese Academy of Social Sciences in Beijing, told the Global Times.

In a recent interview with Forbes, Chinese Ambassador to the US Qin Gang said that the trade war has not reduced the US' trade deficit - on the contrary, the conflict has increased US companies' and consumers' costs. The tariffs have cost US corporations more than $1.7 trillion and increased US household spending by $1,300 per year on average.

"If the US removes all tariffs on Chinese goods, the improvement in US inflation will be 1-1.3 percent, as estimated by US scholars, while my estimate is around 1.5 percent, or even higher if it is calculated dynamically with the consideration of other knock-on effects," Gao said.

The removal of tariffs will help the US to curb inflation, especially as the Biden administration is preparing for mid-term elections in November, experts said, adding that general consumer goods could be on the tariffs reduction list.

While the Biden administration has repeatedly mentioned that it is considering tariff reductions and exemptions, it has been slow to take action, Gao said, urging the US not to naively think that it can exchange something with China or that the Chinese side is "begging" for tariff reductions.

Whatever happens, it won't have much impact on China since most of the tariffs imposed on Chinese goods are borne by US importers, which are then distributed to American consumers, He Weiwen, a senior research fellow at the Chongyang Institute for Financial Studies at Renmin University, told the Global Times.

"For Chinese companies, it is necessary to continue to stabilize the US market and at the same time strive to expand into other markets," he said.

Meanwhile, there is little expectation that the US will completely cancel the tariffs.

"There are political considerations and internal conflicts within the Biden administration, so partial cancellation could be a compromise," He said.