US inquiry of imported cars, car parts against spirit of free trade: scholar

The latest US move to start an investigation into the automobile imports under the Section 232 of the Trade Expansion Act was against the spirit of free trade, said an American professor. 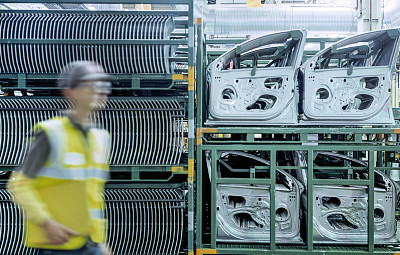 In an interview with Xinhua over the weekend, Carl Fey, professor of International Business at Aalto University in Helsinki, Finland and visiting professor at Chinese University of Hong Kong, said "clearly such a move is not in the spirit of free trade."

Fey said many leading US companies were against the tariffs. "Leaders of American companies such as Apple, Best Buy, and General Electric and many others spoke out against the proposed tariffs."

As a large portion of the auto products in the US market comes from Japan and Europe, the planned investigation fueled the international anger, which was caused by earlier decision to increase tax on imports of steel and aluminum products.

Elaborating on the attempt to raise tariffs on steel and aluminum products, Fey said there is a temptation to think it will help US aluminum companies, but this view forgets that someone has to pay for those tariffs and that will among other people be the US consumer.

Aluminum is used in many other products which are made in the United States and thus these products become more expensive and less competitive internationally resulting in the US selling fewer such products.

"Probably most importantly countries will not buy from us as much as they could," he explained.

Historically, the United States has been the leader in pushing for a liberal trade policy globally and has been in favor of multilateral trade agreements. "I hope the Trump administration will return to these important principles moving forward."

If the United States had used the national security as the justification for raising tariffs, other countries would do the same, Fey foresaw. "It would be a slippery slope," he said.

US President Donald Trump said on Wednesday he had asked for an investigation into automobile imports under Section 232 of the Trade Expansion Act from 1962, which would allow the US administration to impose tariffs on the grounds of national security.

It will look into imports of automobiles, including sport-utility vehicles, vans and light trucks, and automotive parts, said the Commerce Department statement.

European Commission Vice-President Jyrki Katainen said on Thursday that the action was "difficult to understand."