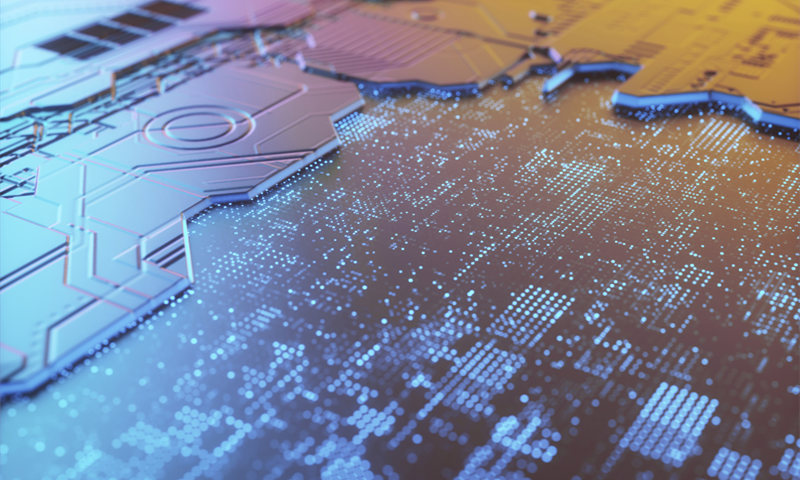 A US attempt to build an alliance to contain China's rise in the semiconductor sector by seeking to recruit Japan as a partner does not stand a high chance of success anytime soon, given the closely intertwined global supply chain for chips and China's rising role in the crucial field, Chinese observers said on Tuesday.

As US and Japanese leaders are scheduled to meet at a mid-April summit to discuss a range of issues, the two countries are reportedly seeking to deepen supply chain cooperation in semiconductors that some say could be aimed at China.

While countries have been seeking to bolster the security of their semiconductor supply chain after the COVID-19 pandemic caused hiccups in the supply chain, the US may ask Japan to follow its export control regulations against China.

The importance of the semiconductor supply chain has been highlighted recently as several major global vehicle brands announced production halts due to a shortage of chips.

Japan enjoys certain advantages in the semiconductor supply chain, particularly in materials. It has considerable chip manufacturing capacity and is the world's largest silicon wafer producer.

An industry expert told the Global Times that Japan has the world's best semiconductor material technology, and if the US and Japan impose a coordinated set of sanctions against China, the entire global semiconductor supply chain will be affected as collateral damage.

However, the person noted that the semiconductor business is a global business and countries depend on each other.

"Without China, which accounts for about 30 percent of the global market for applied materials, US and Japanese companies will have a hard time. Their governments are unlikely to give them subsidies to cover the losses incurred as a result of sanctions," said the expert, who spoke on the condition of anonymity.

Shen Minghui, a research fellow at Chinese Academy of Social Sciences, said that the US' move is clearly filled with political motivations and can be seen as Biden's "little garden, high fences" approach toward international cooperation.

Confronting a rapidly advancing China in the technology sphere, the US finds it has fewer and fewer assets to put on the table to claim supremacy.

Chips, an embodiment of advanced technology, are one such asset, along with the US dollar and military technology. But China is quickly catching up with more research and development (R&D) spending than the average for members of the Organization for Economic Cooperation and Development.

According to Xiang Ligang, director-general of the Beijing-based Information Consumption Alliance, the US advantage in the semiconductor industry is now largely confined to the design phase, and its market share of chip production has dwindled to only about 12 percent.

By contrast, a 2020 report by Boston Consulting Group suggested that China currently makes 15 percent of the chips used globally, and that is expected to grow to 24 percent in the next 10 years, with the potential to become the world's biggest supplier.

Containing China's technology rise will garner bipartisan support in the US, and the side effect of bringing some manufacturing jobs back home will please Biden's voters, Shen noted.

However, Shen said that the chances of success for such a US-Japan alliance are low, as different countries have varying interests.

"The semiconductor industry requires huge input in R&D. It then needs a huge market to gain economies of scale," Shen noted.

Shen said it would be hard for companies to give up the Chinese market in four years, or the term of the Biden administration, if the US government does not forcibly apply non-market measures such as a downright ban on chip exports.

To counter any technology encirclement waged by the US, China should diversify its channels for key semiconductor supplies to countries that uphold market-based values and continue to increase its R&D spending to catch up, Shen said, as any embargo will collapse after an alternative comes into existence.

"Given the tendency that the US and Japan may be tempted to break market-based rules, China must stay unswervingly on the path of cooperation, openness and reliable supply," said the anonymous semiconductor expert.

South Korea, another important player in the semiconductor arena, may have its own considerations, analysts pointed out.

Samsung Electronics, one of the world's leading chip players, has been invited by the White House to an April 12 meeting on semiconductor supplies. However, sensing the danger of being forced to take sides, some South Korean media outlets have suggested that South Korean firms should tie up with the South Korean government to stand up to US semiconductor hegemony.