Job creation in the United States slowed sharply in May, with hiring drying up in major industries and wage growth stagnating, the Labor Department reported Friday. 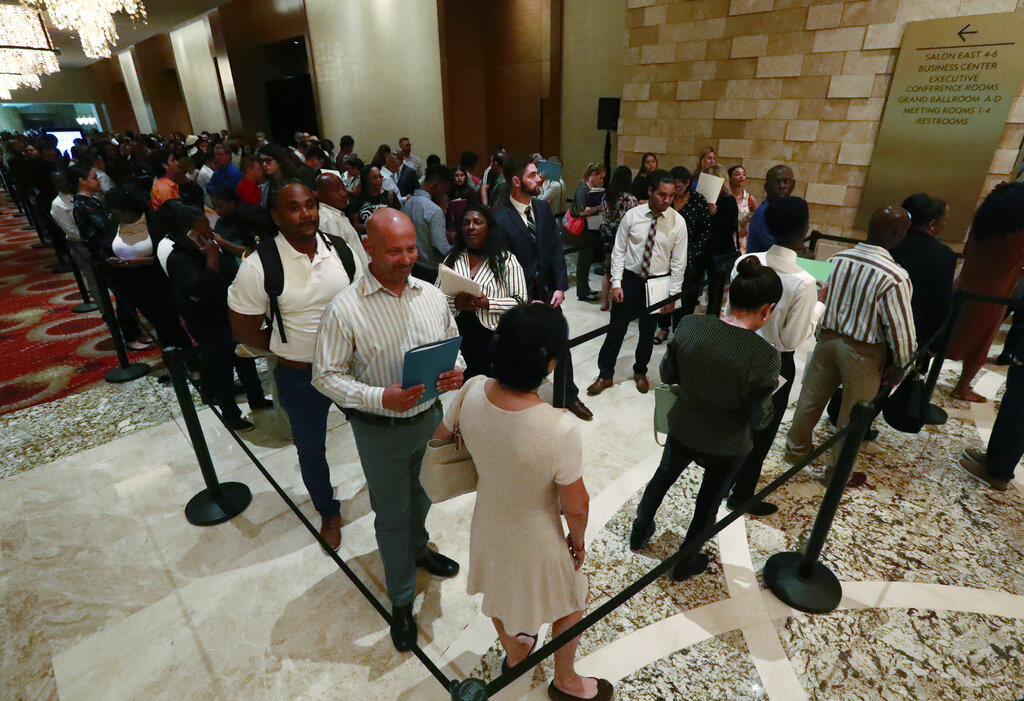 In this Tuesday, June 4, 2019 photo, job applicants line up at the Seminole Hard Rock Hotel & Casino Hollywood during a job fair in Hollywood, Fla. (Photo: AP)

The unexpectedly steep slowdown was added to a sizeable downward revision to April, suggested the US jobs engine is beginning to sputter after an extraordinary run in 2018.

US employers added only 75,000 net new positions last month, far lower than the 180,000 economists had been expecting, with sudden drops in hiring in healthcare, education and construction.

The unemployment rate meanwhile held steady at 3.6 percent, matching April's level, which was the lowest since 1969.

Economists broadly the expect the world's largest economy to step down a notch in 2019, with the odds of recession increasing, and rising expectations the Federal Reserve will cut interest rates.

Job creation tumbled in the goods-producing and service sectors, while industries such as construction, transportation and temporary help, which had previously been reliable sources of new jobs, confirmed they were in a rough patch.

Over the last 12 months, wage gains were 3.1 percent and have been at or above three percent for 10 straight months, outpacing increases in consumer inflation.

With employers continuing to complain of a dearth of available and qualified workers, the size of the labor force was unchanged.

But in a less than encouraging sign, the number of people unemployed for less than five weeks rose by 243,000 to 2.1 million, reversing April's decline.