BUSINESS US job openings fell in November to still-strong 6.9 million

US job openings fell in November to still-strong 6.9 million 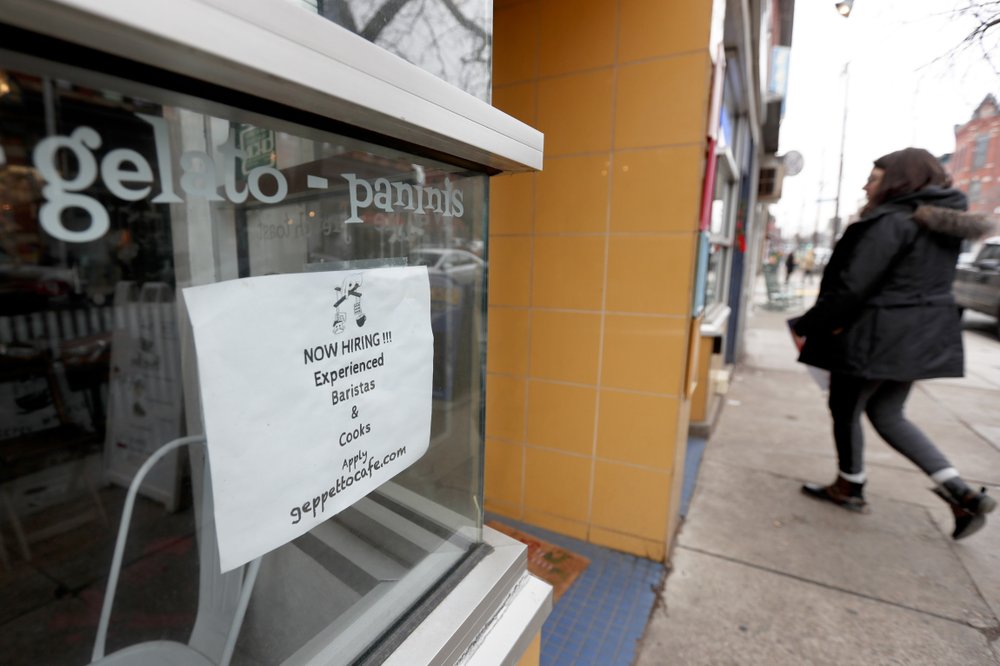 In this Friday, Jan. 4, 2019, photo a job opening sign is displayed in a window at a cafe in in Pittsburgh's Lawrenceville neighborhood. On Tuesday, Jan. 8, 2019, the Labor Department reports on job openings and labor turnover for November. (Photo: AP)

U.S. job openings fell in November from the previous month, but the number of available positions remained healthy.

Job openings slipped 3.4 percent to a seasonally adjusted 6.9 million, the Labor Department said Tuesday. That is the fewest openings in five months, but still 16 percent higher than a year ago.

The job market remains strong despite sharp stock market declines last month, interest rate increases by the Federal Reserve and a slowing global economy that is also bedeviled by trade fights. Last week’s blockbuster jobs report helped assuage concerns about the economy, as it showed that hiring reached a 10-month high in December.

The number of open jobs is still higher than the number of unemployed, a switch that occurred in March for the first time in the nearly 20 years that the government has tracked job openings. There were 6 million people were out of work in November.

That suggests employers are desperate to hire, a trend that appears to be finally pushing up wages. Average hourly pay rose 3.2 percent in December from a year earlier, Friday’s jobs report showed, matching the best yearly gain since the recession.

The number of people quitting fell in November, the report showed, but the total also stayed at a solid level. Quits are typically seen as a positive sign, because most people quit for another job, usually for higher pay.

More quits can also raise pressure on employers to pay more in order to keep their workers. Quits dropped 3.2 percent in November to 3.4 million. That is still 6.6 percent higher than a year ago.

Overall hiring slid to 5.7 million from 5.9 million, slightly disappointing to some economists. That is a gross figure, while December’s hiring announced on Friday — 312,000 jobs — is a net figure.

“There are some signs of a modest deceleration amid a very strong labor market,” Steven Wood, senior economic adviser at Contingent Macro Research, said in a research note.

The biggest declines in openings were in construction and professional and business services, a category that includes higher-paying occupations such as engineers, accountants and architects. Retailers also posted fewer open jobs in November than the previous month, likely reflecting that many stores started hiring for the holidays earlier than in the past.