BUSINESS US job openings jump to record high of 7.3 million

US job openings jump to record high of 7.3 million 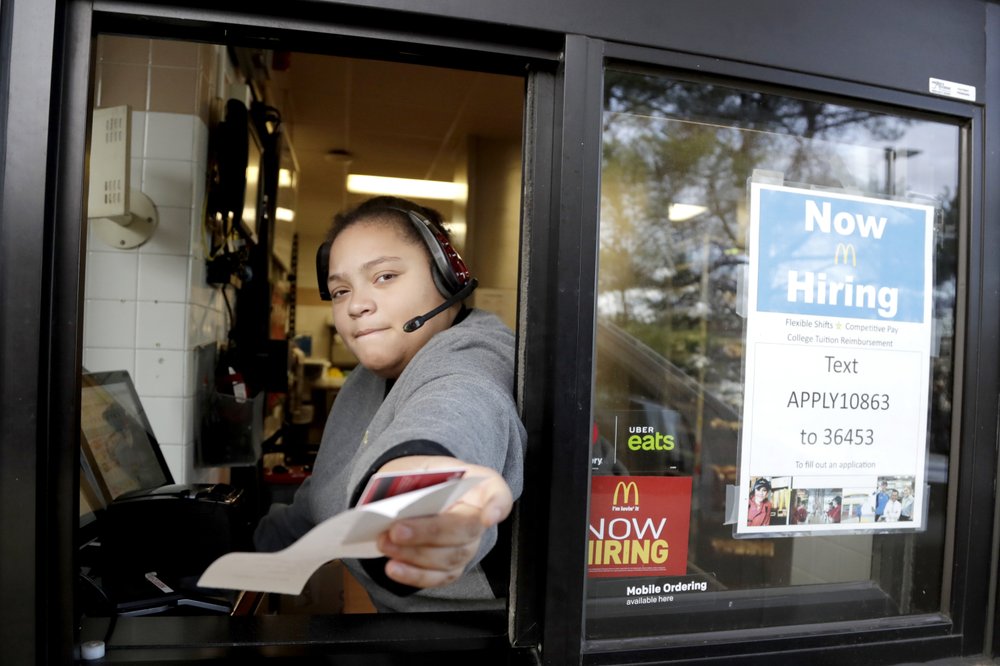 FILE- In this Jan. 3, 2019, file photo a cashier returns a credit card and a receipt at a McDonald's window, where signage for job openings are displayed in Atlantic Highlands, NJ. (Photo: AP)

US employers posted the most open jobs in December in the nearly two decades that records have been kept, evidence that the job market is strong despite several challenges facing the economy.

The Labor Department said Tuesday that job openings jumped 2.4 percent in December to 7.3 million. That is the most since records began in December 2000. It is also far greater than the number of unemployed, which stood at 6.3 million that month.

Businesses have shrugged off a variety of potential troubles for the economy in the past two months and kept on hiring. The 35-day partial government shutdown began Dec. 22, and growth in China, Europe and Japan has weakened, threatening US exports. Still, employers added 304,000 jobs in January, the government said earlier this month, the most in nearly a year.

The jump in openings in December suggests hiring will likely remain robust. Openings are typically filled within 1 to 2 months. The surge in available jobs indicates that businesses expect demand to remain healthy and that they will need more employees to meet it.

Tuesday’s data also showed that employers boosted hiring in December, while the number of people who quit remained unchanged at a healthy level of about 3.5 million. Higher quits are typically sign of a dynamic job market, as most people quit to take a new job.

The number of unemployed typically runs far ahead of job openings, but that switched early last year.

That could mean potentially stronger wage gains are in store in the months ahead. With job postings so high at a time that the unemployment rate is at a very low 4 percent, businesses may be forced to pay more to attract the workers they need.

Paychecks are already increasing, though at a modest pace. Average hourly pay rose 3.2 percent in January from a year earlier, the government said earlier this month. That’s near December’s figure of 3.3 percent, which matched the best pay gain in almost a decade. Still, wage increases typically top 4 percent when the unemployment rate is this low.

Many industries with the biggest increases in job openings include mostly lower-paying jobs. Restaurants and hotels advertised more than 1 million jobs, 84,000 more than in November. Health care job postings rose 79,000 to 1.2 million.

Some higher-paying industries also did well. Professional and business services, which include jobs in fields such as architecture and engineering, rose 82,000 to 1.34 million.

Available jobs in manufacturing, meanwhile, fell 67,000 to 428,000. They also dropped in retail and financial services.