The number of Americans applying for unemployment benefits rose last week to the highest level since mid-November, but still low by historic standards. 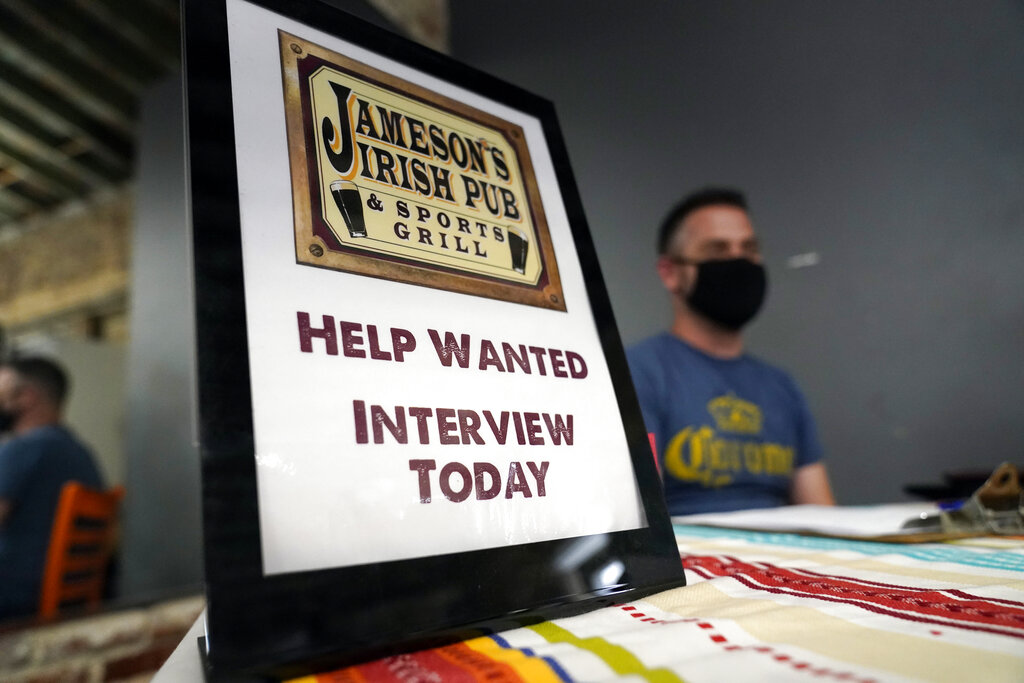 A hiring sign is shown at a booth for Jameson's Irish Pub during a job fair on Sept. 22, 2021, in the West Hollywood section of Los Angeles. (Photo: AP)

The weekly applications, a proxy for layoffs, have risen in four of the last five weeks, a period that runs in tandem with the spread of the omicron variant. Yet the jobs market has bounced back strongly from last year's coronavirus recession. Jobless claims had fallen mostly steadily for about a year and they dipped below the pre-pandemic average of around 220,000 a week.

“The rise in claims likely reflects an increase in layoffs due to the surge in COVID cases,'' said economists Nancy Vanden Houten and Kathy Bostjancic of Oxford Economics. “Claims may remain elevated in the near term, but we expect initial claims will gravitate back to the 200k level once the omicron wave passes. Encouragingly, there are indications that cases from the omicron variant are peaking.''

Companies are holding onto workers at a time when it's difficult to find replacements. Employers posted 10.6 million job openings in November, the fifth-highest monthly total in records going back to 2000. A record 4.5 million workers quit their jobs in November — a sign that they are confident enough to look something better.

The job market has bounced back from last year’s brief but intense coronavirus recession. When COVID-19 hit, governments ordered lockdowns, consumers hunkered down at home and many businesses closed or cut back hours. Employers slashed millions of jobs in March and April 2020, and the unemployment rate rocketed to 14.7%.

But massive government spending — and eventually the rollout of vaccines — brought the economy back. Last year, employers added a record 6.4 million jobs — but that still was not enough to make up for the unprecedented 9.4 million jobs lost in 2020. And hiring slowed in November and December last year as employers struggled to fill job openings.