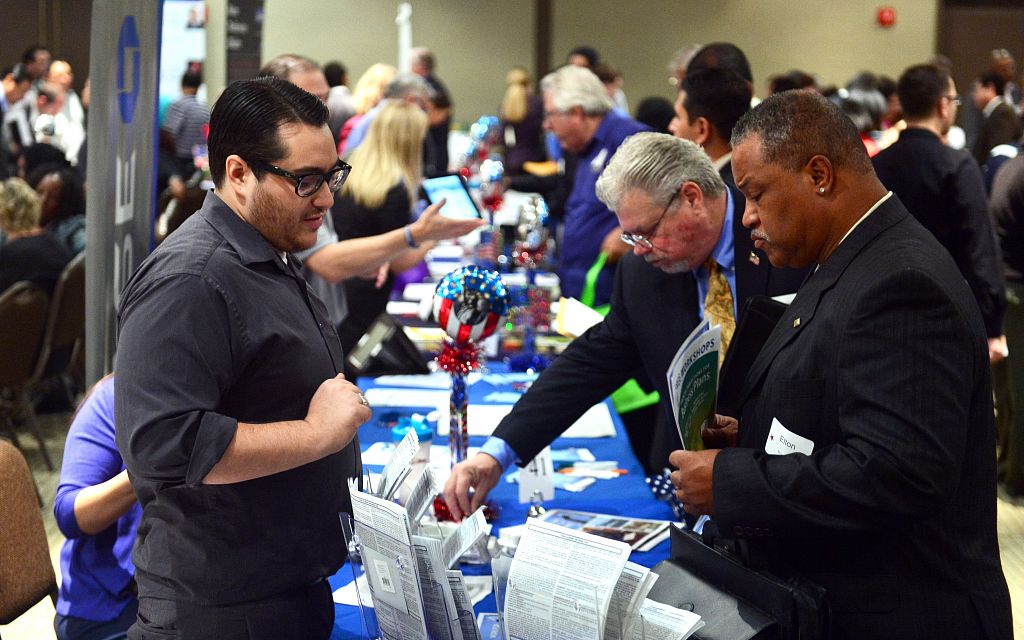 WASHINGTON, Sept. 5 (Xinhua) -- The number of initial jobless claims in the United States increased last week, according to a report released by the U.S. Labor Department on Thursday.
In the week ending Aug. 31, the number of people filing for U.S. unemployment benefits increased by 1,000 to 217,000. Meanwhile, the previous week's level was revised up by 1,000 from 215,000 to 216,000.
The report also showed that the four-week moving average of initial claims, a method to iron out data volatility, increased by 1,500 to 216,250. The previous week's average was revised up by 250 to 214,750.
As an important leading indicator to reflect unemployment status in the United States, a lower reading in jobless claims indicates lower overall layoffs. The reading of jobless claims remained below the 300,000 threshold, signaling a tight labor market in the United States.
For the bigger picture of U.S. labor market, American employers added 164,000 jobs in July, and the unemployment rate remained at 3.7 percent, the U.S. Bureau of Labor Statistics reported on Aug. 2. The Bureau is scheduled to release the August employment report on Friday.