A federal judge ruled that women accusing Goldman Sachs Group Inc of discriminating against them in pay, promotions and performance reviews may pursue their claims as a group in a class-action lawsuit. 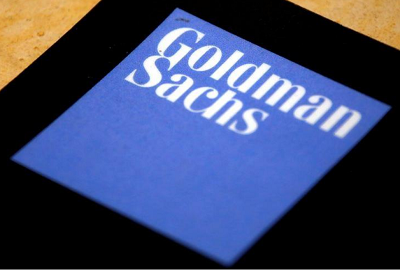 File photo: The logo of Goldman Sachs is displayed in their office located in Sydney, Australia, May 18, 2016. (Photo: Reuters)

The decision late Friday afternoon by US District Judge Analisa Torres in Manhattan covers female associates and vice presidents who have worked in Goldman’s investment banking, investment management and securities divisions since September 2004, and employees in New York City since July 2002.

Goldman was accused of systematically paying women less than men, and giving them weaker performance reviews that impeded their career growth.

Class certification can help plaintiffs achieve greater awards at lower costs than if they sued individually. Kelly Dermody, a lawyer for the plaintiffs, estimated that more than 2,000 people are in the certified class.

The lawsuit is one of the highest-profile cases targeting Wall Street’s alleged unequal treatment of women, a claim raised in a variety of litigation against many banks for decades.

She cited as an example an expert’s report that female vice presidents and associates were on average paid a respective 21 percent and 8 percent less than their male counterparts.

The judge also said the plaintiffs provided proof that Goldman was “aware of gender disparities and gender bias,” but did not adjust its policies.

“We obviously are very, very pleased,” Dermody said in a phone interview. “This case is eight years old, and sometimes it’s worth the wait.”

The plaintiffs were led by Cristina Chen-Oster, Mary De Luis and Allison Gamba, who were all vice presidents, and Shanna Orlich, who was an associate.

Torres said the class action will not include the claim that Goldman maintained a “boys’ club atmosphere” where women were allegedly subjected to unwanted stereotyping, harassment and retaliation.

She said this was because “individual” rather than “common” issues would predominate.

The lawsuit began in September 2010, and according to Torres was delayed largely by a dispute over the kind of relief that former employees could obtain.