BUSINESS US law banning Xinjiang products is malicious, to backfire on American firms

US law banning Xinjiang products is malicious, to backfire on American firms 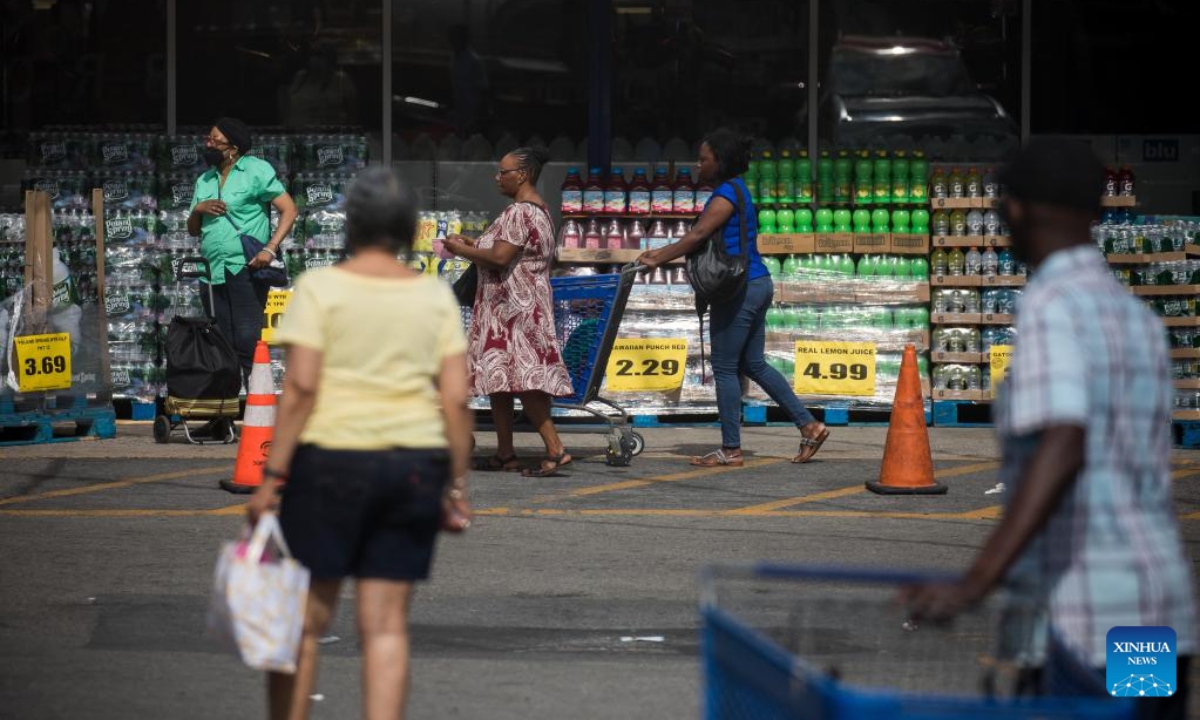 American businesses in China say they fear the US' so-called "Uyghur Forced Labor Prevention Act" (UFLPA) that went into effect on Tuesday will interrupt shipments and raise their costs, as it is "next to impossible" for US importers to prove negative to the law's "rebuttable presumption" of "forced labor," according to The Wall Street Journal on Wednesday.

With surging inflation in the US, the US law banning Xinjiang-produced goods with a fabricated accusation is likely to increase real costs for American firms. That cost rise will be translated to many consumer goods in the US supermarkets, resulting in worsening inflation and causing the US economy to slip into a recession.

Like the US government' series of economic coercive measures in the past, Washington's latest legislation of Xinjiang products is set to backfire on American businesses and the US' own economy.

The US' new law has shifted the burden of proving a lie from the US customs to its companies now. The change will cast a pall on US importers' businesses and will impact electronics, agricultural goods and other products. Considering the gray area in practice, the law may be used by the US government as a weapon to stifle selected industries and enterprises from China.

The US government, analysts say, sees the legislation as part of a broader campaign to decouple from the Chinese economy, but UFLPA will fail to stifle Chinese industries, or exclude China from global industrial chains as bilateral trade with China is complicated and highly integrated now.

Take cotton - the first US target to ban from the Xinjiang region - as an example. The US has banned the entry of all products containing cotton from Xinjiang from early last year. The ban has exacerbated global supply chain problems for cotton products, pushing up cotton prices to almost double from the 2020 levels, clobbering the downstream textile industries in Asia and also to the detriment of the US' efforts to curb inflation.

If the US attempts to use UFLPA to suppress Xinjiang's photovoltaic industry and suppress the region's economic growth, the US is to be disappointed.

Earlier this month, the Biden administration was forced to exempt solar components from four Southeast Asian countries from import duties for two years in order to solve the US' solar industry supply woes. But nearly 50 percent of the world's polysilicon - the main raw material for the photovoltaic industry - comes from Xinjiang. The US simply cannot curb Xinjiang's photovoltaic industry by restricting imports.

In fact, the US' reckless decoupling move is partly the reason that how US inflation has become so entrenched in its economic system. Over a year into US President Joe Biden's first term, the US is still fighting former President Donald Trump's trade war. The Biden administration also placed many Chinese companies on its so-called entity list, which constrained Chinese enterprises' growth, but also backfired on US' manufacturing. The supply shortage of semiconductors and other industrial materials, caused by Biden's decoupling moves, has led to price rises of auto vehicles and a range of electronic devices in the US market.

The UFLPA violates the laws of the market economy, undermining market rules that have been effectively formed in the global industrial chain. Washington, with this poisonous Xinjiang law, is meddling global value chain for political manipulation. It will ultimately fail, rejected by market.

The author is a reporter with the Global Times. bizopinion@globaltimes.com.cn