BUSINESS US longest economic expansion is nearing an end: economists

US longest economic expansion is nearing an end: economists 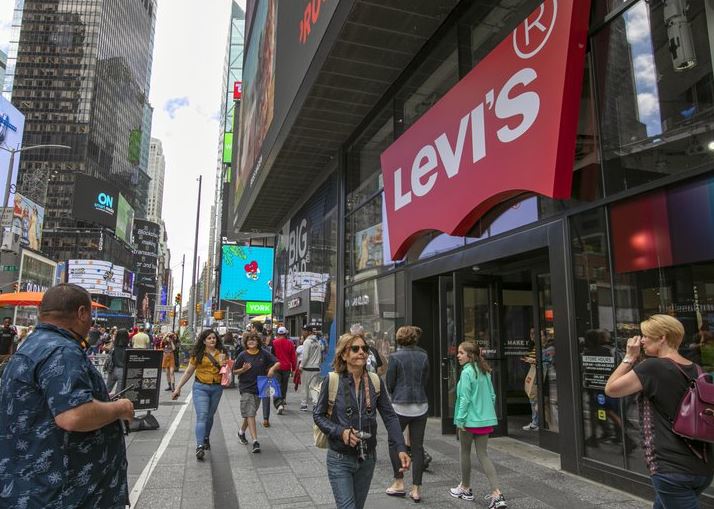 Washington (People's Daily) -- A US Commerce Department report issued on Monday showed orders for US core capital goods edged up in July, while shipments suffered their biggest drop in nearly three years, signaling continued weakness in business investment and slowing economic growth at the start of the third quarter.

"This report reiterated manufacturing activities and business investment are still weak, and the weakness in the global situation is consistent, because trade worries put pressure on manufacturing activity," said New York-based Citigroup economist Veronica Clark. "Because of the downside risk, we still expect the Fed will again cut interest rates by 25 basis points at its September meeting."

International trade tensions and concerns of a global slowdown have raised fears that the longest economic expansion in US history is coming to an end.

In terms of economic growth, unemployment, personal consumption and other major economic indicators, the fundamentals of the US economy are sound. At the same time, the Fed has been propping up the economy with "precautionary" rate cuts.

In August, the Wall Street Journal published two consecutive editorials warning that the US government's tariff policy and the resulting uncertainty will slow down the US economy and even push it into recession. Nearly three-quarters of economists surveyed by the national association for business economics expect the US economy to slip into recession by the end of 2021.

Fed chairman Jerome Powell told a gathering of global central banks in Jackson Hole, Wy, last week that uncertainty over trade policy was now "one of the factors contributing to the global economic slowdown and the weakness of US manufacturing and capital spending." While Powell said the US economy was "in good shape," he reiterated that the Fed would "act as appropriate" to keep the longest expansion in history on track.

The US federal reserve last month cut short-term interest rates by 25 basis points, the first cut since 2008, citing trade tensions and slowing global growth. Financial markets have factored in the possibility that the Fed will cut rates by another quarter percentage point at its September 17-18 policy meeting.

The problem facing the US market is destructive trade policy, according to a recent analysis by JP Morgan Chase. The negative effects are already starting to show up in some economic indicators, especially leading ones. Analysts are particularly concerned about the warning signs of shrinking manufacturing and falling capital spending.

Morgan Stanley analysts said the US economy also faces downside risks because international trade sentiment has hit US business confidence hard and global growth has slipped to multiyear lows. The bank also expects the US economy to fall into recession in three quarters if current international economic conditions don't improve.

Meantime, while US gross domestic product grew by 2.1 percent in the second quarter, capital expenditure, the key leading economic indicator, fell sharply by 5.5 percent. Capital spending reflects business confidence, and if companies cut back on capital spending because of a lack of confidence, it could mean lower growth in the future. Uncertainty over US economic and trade policy is causing problems such as a global slowdown, weak US manufacturing and capital spending, according to Fed chairman Powell.

The so-called upside down yield curve has been a reliable predictor of recession signals in the past. The US yield curve reflects treasuries with maturities ranging from four weeks to 30 years. When the spread between three-month Treasury bills and 10-year treasuries falls below zero, as it did earlier this year, it signals investors' acceptance of locking in money for longer periods at lower yields. The data showed the closely watched gap between two-year and 10-year US yields narrowed to its smallest margin since 2007, after the three-month and 10-year yield curves were inverted.

The purchasing managers' index (PMI) for the US manufacturing sector fell to 49.9 in August, dropping below the 50-point mark that separates growth from contraction for the first time in a decade, according to IHS Markit.

Clive McDonnell, head of equity strategy at Standard Chartered's wealth management division, said the probability of a US recession in the next 12 months had risen from 25 to 40 percent and advised investors to buy gold.

McDonnell said recent developments in trade had certainly increased the risk of a US recession. "I think that's what the market is really worried about right now," he said. As uncertainty mounts, he says he is advising clients to consider putting their money in gold. "Gold is an asset class that we have shunned for years," he said. “But last month, we raised gold to a priority to reflect increased anxiety and increased uncertainty."