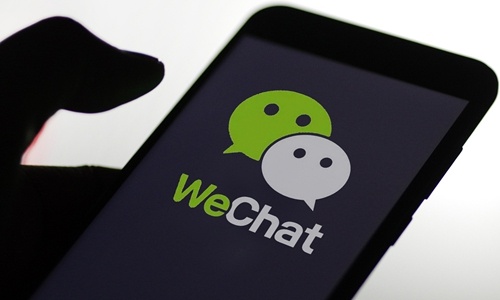 A US court of appeals in San Francisco on Monday rejected the US Justice Department's request and decided to maintain a preliminary injunction, preventing the government from banning Apple and Google from listing WeChat on their US app stores, and marking the third time the Trump administration has lost a WeChat case.

The result was within expectations among experts who are following the case closely, and they are predicting that the Trump administration may drop the case once and for all in a bid to save face, which has been blemished by squeezing foreign companies with abusive power that goes against the freedom of speech that the country holds dear.

Three judges in the US court reached a unanimous verdict denying the pending appeal by the government, suggesting that the appellants have not demonstrated that they will suffer an imminent, irreparable injury during the pendency of the appeal, which is being expedited, according to the legal document of the US Court of Appeals for the Ninth Circuit on Monday.

This victory is more significant than the previous two, given that under this administration, Chinese in the US are experiencing unprecedented levels of discrimination and hostility, the US WeChat Users Alliance said in a statement on its WeChat account on Tuesday.

From groundlessly cancelling Chinese students' visa applications en masse, to arbitrarily arresting Chinese teachers at universities and attempting a blanket ban on WeChat, and if they don't fight back, Chinese-Americans will become the target of bias in US, the statement said.

Shen Yi, director at the Research Center for Cyberspace Governance at Fudan University, told the Global Times that he was not surprised by the decision by the court.

"By cracking down on a privately owned software company in this way, the US Justice Department is making itself a joke, especially when it comes to a country that claims to be a champion of free speech," said Shen.

Despite the encouraging outcome in court, given the importance of the case, the alliance suggests there is a high possibility that the Justice Department, which has already lost three times, will appeal again in the next two days to try to block Judge Laurel Beeler's original injunction.

The alliance added that the Justice Department would next appeal to the US Supreme Court, making it the first time in American history that a case led by Chinese will face off against the US government in the highest court of American justice.

Although the appeal in the Supreme Court is expected to be the final one, it also depends on the outcome of the presidential election.

If US President Donald Trump loses, the Justice Department will have less incentive and fewer resources to continue to wrangle over the case, while if Trump wins, the case will continue, the alliance predicted.

However, some believe that there is no need to be worried about further appeals, since the US government may just drop the case in an attempt to avoid losing too much face if it fails again.

"There is a good chance that the administration will walk away because even if it appeals, the odds are against it," Wang Chao, founder of the Wenyuan Institute for Politics and Economics, a Beijing-based think tank, told the Global Times on Tuesday, noting that the US Supreme Court is supposed to rule in line with the Constitution, so it will only be more favorable to the litigants.

The WeChat ban is a farce in itself and if the US government wants to retain some dignity in legal matters at home and abroad, it will not appeal to the Supreme Court, Shen said, noting that continuing the appeal would be tantamount to Trump turning the First Amendment into a piece of waste paper.