US manufacturing fell sharply in January, led by the biggest drop in motor vehicle production since the recession, the latest indication that the economy was losing momentum.

The Federal Reserve's report on Friday came on the heels of data on Thursday showing retail sales tumbling by the most in more than nine years in December. The string of weak reports together with tame inflation are supportive of the Fed's pledge to be “patient” before raising interest rates further this year. 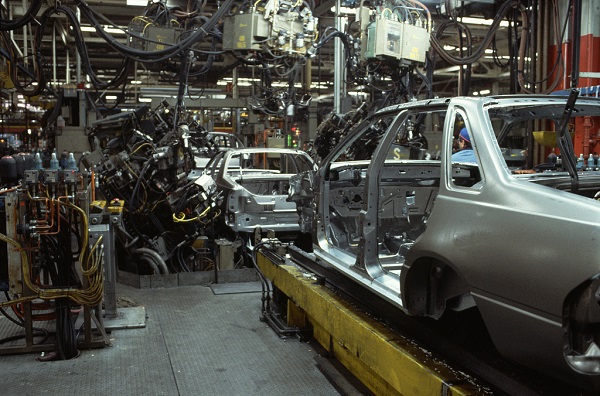 "It looks like Fed officials were smart to stop their gradual rate hikes as the economy seems to have entered a soft patch," said Chris Rupkey, chief economist at MUFG in New York.

Manufacturing production slumped 0.9 percent in January, the biggest drop in eight months. Data for December was revised down to show output at factories rising 0.8 percent instead of the previously reported 1.1 percent surge. Manufacturing accounts for about 12 percent of the US economy.

Motor vehicle and parts production tumbled 8.8 percent last month, the largest drop since May 2009, when the economy was in recession. Motor vehicle assemblies fell to an eight-month low rate of 10.6 million units.

Automakers are cutting back on production to manage bloated inventories of some models in anticipation of declining sales this year. Production is also dropping as a few plants are changing over to new models.

But even stripping out motor vehicle production, manufacturing output decreased 0.2 percent in January. Factory activity is slowing as some of the boost to capital spending from last year's $1.5 trillion tax cut package fades.

While a separate report from the New York Fed on Friday showed factory production in New York state picking up in February after cooling for two straight months, the pace remained close to a two-year low. The New York Fed's Empire State business conditions index rose to a reading of 8.8 from 3.9 in January.

"Manufacturing output growth will probably continue to trend lower over the coming months," said Andrew Hunter, a senior US economist at Capital Economics in London.