BUSINESS US markets end week near record highs, due to China trade optimism

US markets end week near record highs, due to China trade optimism

WASHINGTON, Sept. 13 (Xinhua) - US markets closed Friday near record highs, due to optimism over easing trade tensions between the world's top two economies. 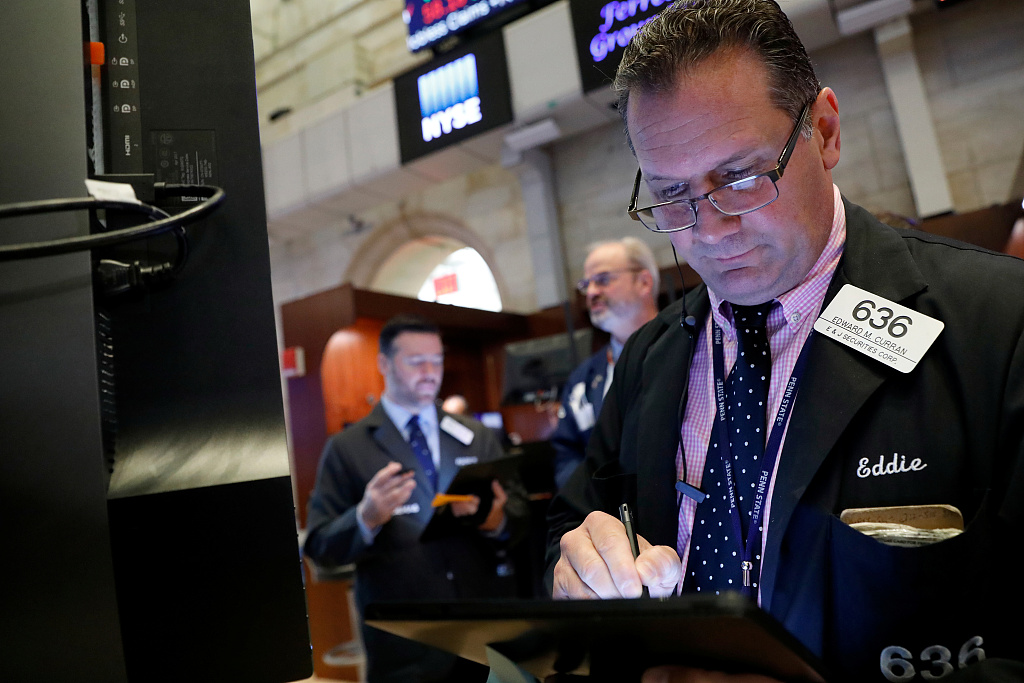 Traders work on the floor at the New York Stock Exchange (NYSE) in New York, US, September 5, 2019.(Photo: VCG)

Friday saw the US Dow Jones Industrial Average close at 27,219, not far behind the index's all-time high of 27,359 reached in July, as investors' hopes grew for a positive outcome of the planned China-US talks in October.

The investment environment in the United States has experienced a roller-coaster ride owing to the trade tensions between the United States and China. Investors are not seeing returns as high and fast as they might without trade frictions.

"Business investment is declining in the US partly as a result of the uncertainty around US trade policy. Only a comprehensive trade deal can resolve that uncertainty," David Dollar, a senior researcher at the US think tank Brookings Institution, told Xinhua.

On Friday, China's Customs Tariff Commission of the State Council said it would exclude some agricultural products such as soybeans and pork from the additional tariffs on US goods.

The move came after US President Donald Trump decided on Wednesday to postpone a planned Oct. 1 tariff hike on Chinese imports to Oct. 15.

China has a huge market, and the prospects for importing high-quality US farm produce are broad. China hopes the United States will be true to its word, make progress on its commitments and create favorable conditions for bilateral agricultural cooperation, said sources with the relevant departments of China.

"In the next few months investors are looking first to see if the trade war stops escalating and second whether there is progress in the negotiations that may lead to a comprehensive deal," Dollar said.

As for what Trump is looking for in the following trade talks, it's hard to predict "because Trump says different things at various times," Brookings Institution Senior Fellow Darrell West told Xinhua.

"He certainly would like China to boost its purchases of US products and open more of its markets to US firms. Those steps would go a long way towards addressing structural trade problems between the two countries," West said.