US median incomes grew in 2017 for a 3rd straight year 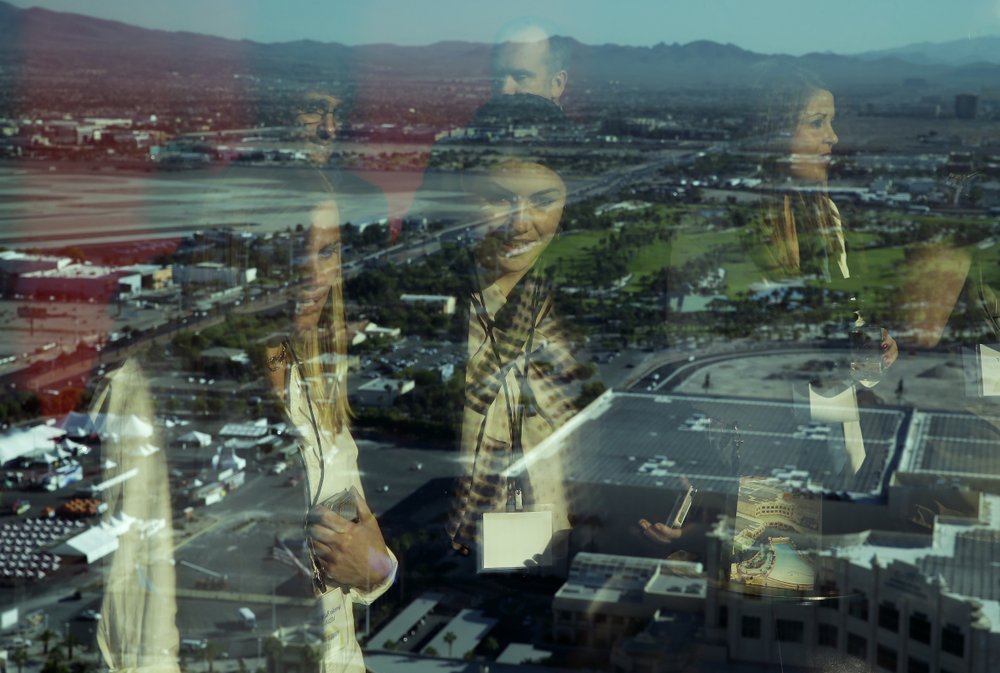 In this October 23, 2014 photo, people ae reflected in a wnidow at the Delano Las Vegas overlooking the famous city in Nevada. (Photo: AP).

The income of a median U.S. household rose for a third straight year in 2017, boosted by a rise in the number of Americans with full-time, year-round jobs.

The Census Bureau said Wednesday that incomes for a typical household, adjusted for inflation, rose 1.8 percent, from $60,309 in 2016 to $61,372. Yet households are still earning essentially the same that they did in 2007 just before the Great Recession, Census said. Their inflation-adjusted median income remains below the record for a typical household — $62,000 reached in 1999.

The figures suggest that the nation’s very low unemployment rate — 3.9 percent — is forcing businesses to convert more part-time workers to full-time status. And with unemployed workers scarce, companies are hiring more people who previously weren’t looking for work. During 2017, the unemployment rate averaged 4.4 percent, the lowest level in 17 years.

At the same time, the data underscores the lasting damage the Great Recession did to the majority of American families. Incomes for the median household fell for five years after the recession began in late 2007, then recovered very slowly until 2015. That year, median household income jumped 5.1 percent, followed by a 3.1 percent gain in 2016.

The median is the point at which half the households are below and half are above. In can be a more telling measure than the average, which is distorted by extremely high incomes among the wealthiest households.

Despite a third straight income gain for a typical household, some measures of inequality worsened in 2017, in some cases after having improved during the previous two years. Income growth, for example, was strongest for the richest 5 percent of Americans, increasing 3 percent to $237,034. For the poorest one-fifth of the population, income increased just 0.5 percent.

Last year, “well-worn patterns of inequality re-emerged, with stronger growth at the top,” said Elise Gould, a senior economist at the Economic Policy Institute, a liberal think tank. “While any reduction in poverty or increase in income is a step in the right direction, most families have just barely made up the ground lost over the past decade.”

Asian households remain the wealthiest, with a median income of $81,331, though that was 2.2 percent lower than in 2016.

Last year, the number of people with jobs rose by 1.7 million, the Census report said. And the number of workers with full-time permanent jobs increased 2.4 million.

For years after the recession ended in 2009, the number of part-time workers who would have preferred full-time jobs remained elevated. That figure has now fallen back to pre-recession levels.

The growing economy and tighter job market are also lifting more Americans out of poverty. The percentage of Americans living below the poverty line fell to 12.3 percent in 2017 from 12.7 percent in 2016, a third straight decline. Since 2014, the poverty rate has fallen 2.5 percentage points. Still, nearly 40 million Americans remain poor by the Census Bureau’s count.

The Census report found no significant change in the proportion of Americans without health insurance last year, even though President Donald Trump and the Republican-led Congress spent months trying to repeal the Obama-era Affordable Care Act.

An estimated 28.5 million people remained uninsured in 2017, or 8.8 percent of the population, according to the Census. Had the Republican repeal succeeded, that number could have increased by 20 million people or more over time.

The Census report did find that 14 states had notable losses in coverage, while 3 states experienced gains. All the states with gains had taken full advantage of the Obama health law by also expanding their Medicaid programs.

But so had most of the states with coverage losses, including Massachusetts, whose state-based overhaul had been a template for the Obama law.