BUSINESS US might force Samsung to restrict exports to China, but complete decoupling unlikely

US might force Samsung to restrict exports to China, but complete decoupling unlikely 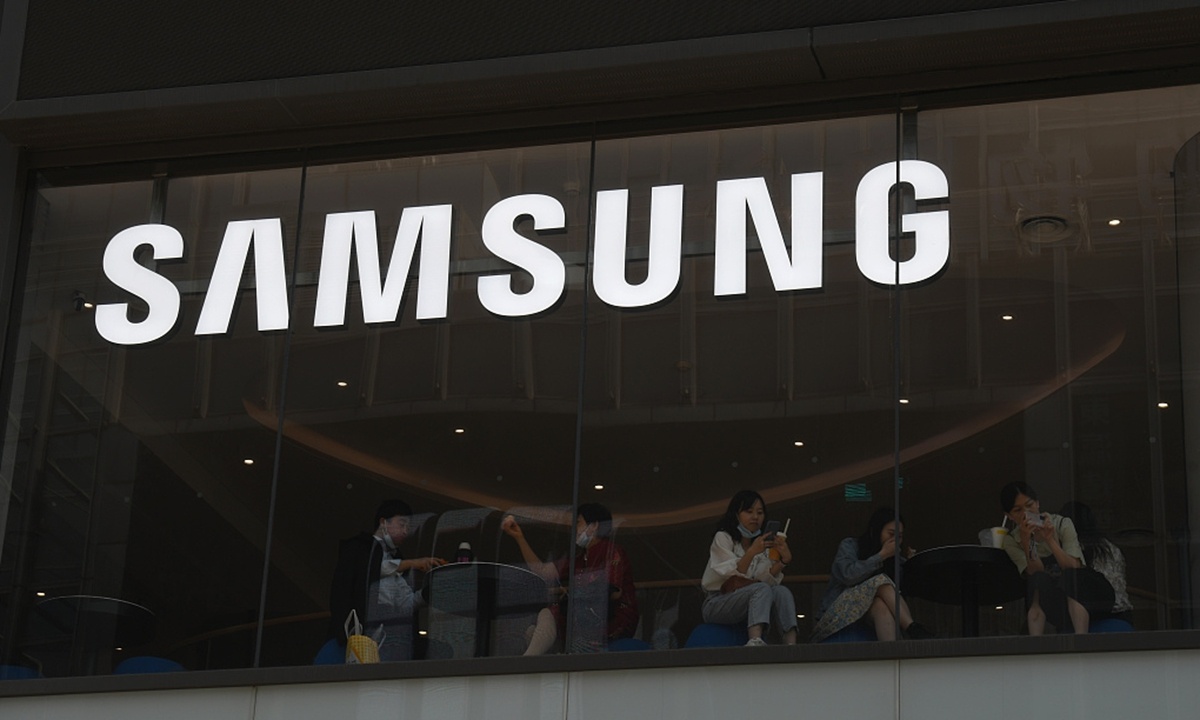 China should prepare for more pressure from the US after it attracted South Korean semiconductor giant Samsung to build a plant in Texas, as Samsung might be forced to stop exporting talent and high-end technologies to China, experts said, although they don't think the US will succeed in luring a complete decoupling between China and South Korea in their chip cooperation.

Samsung is the world's largest memory chip producer and also has vast business prospects in China. It has reportedly decided to build a new semiconductor manufacturing facility in Texas equipped with 5nm manufacturing lines. The facility will be responsible for creating the company's cutting-edge chipsets.

The company's decision comes as the US government hastily beckons global semiconductor giants to form an alliance in the face of China's chip industry rise in recent years. Samsung, with its advantages in manufacturing capacities, design abilities and talent, must be a firm that the US hopes to draw in, experts said.

According to a report by South Korean news portal Business Korea, executives from Samsung, SK and two other large South Korean business groups will accompany South Korean President Moon Jae-in on a five-day trip to the US starting Friday, during which Moon will meet US President Joe Biden and discuss issues, including semiconductor cooperation.

The four companies will invest more than 40 trillion won ($35.5 billion) in the US, the report said. The Samsung plant in Texas, which will cost about $17 billion, is one of the main projects. SK Innovation also announced on Friday it will build an electric battery joint venture with US car giant Ford worth about 3 trillion won.

US companies have also asked Moon to release Samsung chair Lee Jae-yong from prison, arguing that he could boost Biden's efforts to shake off American dependence on computer chips produced overseas, according to a Financial Times report.

Samsung should watch for the possibility of being used by the US as a tool against China's semiconductor rise and becoming the second Lotte, experts say.

"Whatever threats and inducement Samsung faces from US officials, it should think calmly and not be strung along by the US, if it thinks more of what China can do for its long-term development," Cong Yi, a professor at the Tianjin University of Finance and Economics, told the Global Times.

The cooperation reflects 'urgency' on the side of the US to draw in, or even control, the world's semiconductor giants by forming a global chip alliance in order to prevent China's rise in the high-end semiconductor industry, experts said.

Samsung and other South Korean companies are "walking on a tightrope" between China and the US, and will likely face tougher situations filled with pressure from the US to curb China's semiconductor rise, they said.

"For example, it's possible that the US government will order Samsung's US plant not to export core technologies or talent to Chinese companies, although such orders might not be explicitly expressed like during the Trump era," Zhang Xiaorong, director of the Cutting-Edge Technology Research Institute, told the Global Times on Friday.

Independent tech analyst Fu Liang also noted that the US' partnership with South Korea in enhancing chip industry competence means China will likely face fiercer competition from external markets. To address such possibilities, China should make preparations in case it lags behind in this high-tech contest.

"China should prepare for the fact that obtaining technologies and products will be harder once they are all manufactured in the US," Fu told the Global Times.

However, experts stressed that the US won't succeed in plotting a complete decoupling between China and South Korean semiconductor companies, as China's huge market is of great appeal to South Korean companies despite US pressure.

"The US wants to curb China's high-end technological rise, not the Chinese market. When it comes to China buying finished products, they won't say no," Zhang said.

He added that because the pandemic still threatens the US economy, the US is unlikely to exert extreme pressure on China by completely stopping overseas chip companies from supplying Chinese firms.

Fu also said that South Korean companies won't bend easily to US pressure if their economic interests are severely harmed by the US' arbitrary crackdown on Chinese firms.

"For Samsung, exploring the US market is one thing, but accessing China's market is another. It won't give up on either of them," Fu told the Global Times.

But Fu cautioned that in the face of the US' strengthened input in semiconductor investment and preventive attitude toward China, China should not only increase investment in chip research, but also make long-term plans, like for three or five years, to direct domestic industries away from relying on US supplies, as well as form a local IT infrastructure system.