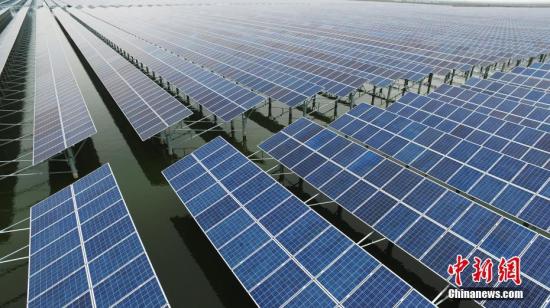 China's Ministry of Commerce (MOFCOM) on Tuesday expressed "strong dissatisfaction" with the US' tariff restrictions on solar products and large washing machines bought from abroad, saying that the move is further aggravating the global business environment.US President Donald Trump announced on Monday (US time) that the most imported solar modules will face an immediate tariff of 30 percent, while the tariff for large residential washing machines will start at 50 percent, with the rule due to last for three to four years."The US has been continuously imposing trade remedies on related products in recent years, and US companies have already been overprotected," Wang Hejun, head of MOFCOM's trade remedy and investigation bureau, said in a statement posted on the ministry's website. The MOFCOM official noted that the US move is a misuse of trade remedy measures, and China is strongly discontent with it.Wang also said that the investigation was even strongly objected by some local governments and enterprises in the US, which not only damaged the sound development of US domestic industries, but also further aggravated the global business environment.China hopes the US can refrain from using trade restriction measures and obey multilateral trading rules, in order to push balanced development of the global economy, Wang was quoted as saying in the statement.He also noted that the US' practices are totally wrong, and China will safeguard its legitimate interests, together with other WTO members.