BUSINESS US moves to slash nicotine in cigarettes

US moves to slash nicotine in cigarettes 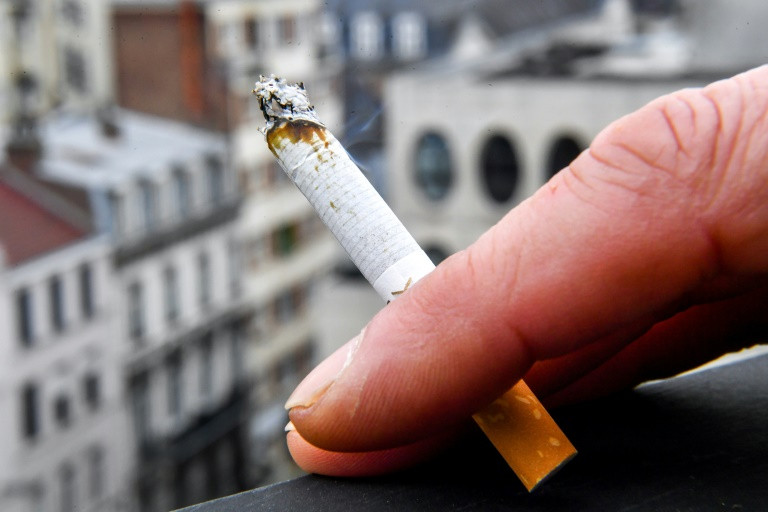 Despite decades of anti-smoking campaigns, nearly half a million people die in the United States each year from cigarette smoking, which costs almost $300 billion a year in direct health care and lost productivity, the FDA said (Photo: AFP)

US regulators Thursday opened the door to slashing the amount of nicotine in cigarettes in order to make them less addictive, a move that could mean millions fewer smokers in the years to come.

The US Food and Drug Administration said it is seeking public input and will begin "to explore a product standard to lower nicotine in cigarettes to minimally or non-addictive levels."

Despite decades of anti-smoking campaigns, nearly half a million people die in the United States each year from cigarette smoking, which costs almost $300 billion a year in direct health care and lost productivity, the FDA said.

"We're taking a pivotal step today that could ultimately bring us closer to our vision of a world where combustible cigarettes would no longer create or sustain addiction -– making it harder for future generations to become addicted in the first place and allowing more currently addicted smokers to quit or switch to potentially less harmful products," said FDA commissioner Scott Gottlieb.

A study released Thursday in the New England Journal of Medicine projected that cutting nicotine to a non-addictive level could mean five million fewer smokers in the first year of implementation.

Within five years, another eight million fewer people would smoke, and by 2060, the smoking rate in the United States could drop to 1.4 percent, down from its present level of 15 percent, said the report.

The number of lives saved could reach 8.5 million by century's end, it said.

Tobacco executives from Altria and R.J. Reynolds expressed interest in the FDA proposal and vowed to work closely with the agency on what is expected to be a process lasting several years.

"Today's advance notice is a request for information, not a proposed rule, and is the first step in a multi-year process that will require the agency to examine and resolve many complex issues," said Murray Garnick, executive vice president and general counsel of Altria Group, Inc., which includes tobacco giant Philip Morris.

"As FDA has acknowledged, any proposed nicotine standard would need to be part of a comprehensive package," he added.

"Altria has already been preparing for any reasonable potential standard, and we plan to participate in every step of this process."

The Campaign for Tobacco-Free Kids called the FDA plan "bold" and urged the agency to act quickly and set a hard deadline.

"This is truly a once-in-a-lifetime opportunity to greatly accelerate progress in reducing tobacco use – the nation's No. 1 cause of preventable death -- and bring us closer to eliminating the death and disease it causes," said the group's president, Matthew Myers.