WASHINGTON, Nov. 29 (Xinhua) -- The US government needs to look for incremental revenue resources and reduce its reliance on income taxes to deal with the expected trillion-dollar budget deficit, tax policy experts said Thursday. 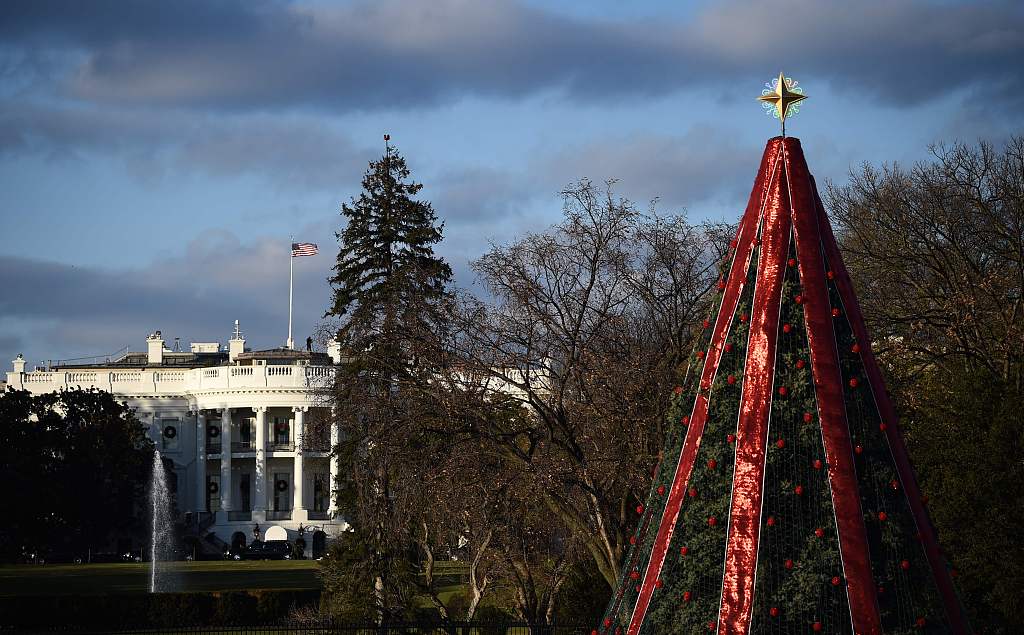 The White House in Washington, DC, US. (Photo: VCG)

"We're going to come to terms with the fact that we're going to be carrying this huge deficit, which is gonna limit our ability to react when there is a recession," said Cathy Koch, Americas tax policy leader for Ernst & Young and a longtime senior Democratic tax aide in the Senate.

The US budget deficit is expected to reach 1.085 trillion US dollars for the fiscal year 2018 that started on Oct. 1, the highest since 2012, according to data from the US Treasury Department. The 1.5-trillion-dollar tax cut package, approved by Congress last year, is considered to be a contributing factor to the ballooning deficit.

"I think we should think ahead. I think we have to be very seriously considering what incremental revenue resources we can tolerate politically and economically," Koch said when joining a panel discussion co-hosted by the Brookings Institution and the Urban Institute.

Pointing out that some of the revenue resources are not "political viable" in the country, Koch said she believes that there's "momentum" building around carbon taxes, as a landmark bipartisan carbon tax bill has just been introduced earlier this week.

Mark Prater, a longtime senior Republican tax aide for the Senate, echoed Koch's remarks on additional revenue sources. He said many trading partners of the United States rely a lot on value-added taxes, but the country is still "so reliant" on the income taxes as a primary revenue source, which puts it at a disadvantage.

Tom West, former tax legislative counsel of the US Treasury Department, brought up the option of increasing capital gains tax rate, which is "particularly low right now arguably," though noting that he is not advocating that.

"In terms of tax revenue, I could see that being something that comes up again at some point," West said.

Prater, however, argued that raising capital gains tax rate "would not be enough" to deal with either financing of middle-class tax cut, or significant deficit reduction, or financing infrastructure. "It's there, but it's on the magnitude of 100-150 billion, maybe 200 billion (dollars) before you hit it."

Refuting Prater's remarks, Sandra Salstrom, a legislative representative for the American Federation of Government Employees, said it's still necessary to push for changes even if "it's not enough."

Salstrom said the Democrats are making efforts to raise the federal corporate income tax rate, which currently stands at 21 percent, even though it's not going back to the original 35 percent.

"Just because it doesn't raise enough, I don't think this should be a reason to say we shouldn't do it at all," Salstrom said, adding "there is a lot of room in there."

While Republicans have argued that the tax cut package would promote economic growth and business investment, Democrats have criticized that it would disproportionately benefit the wealth and exacerbate the growing problem of overall income inequality.