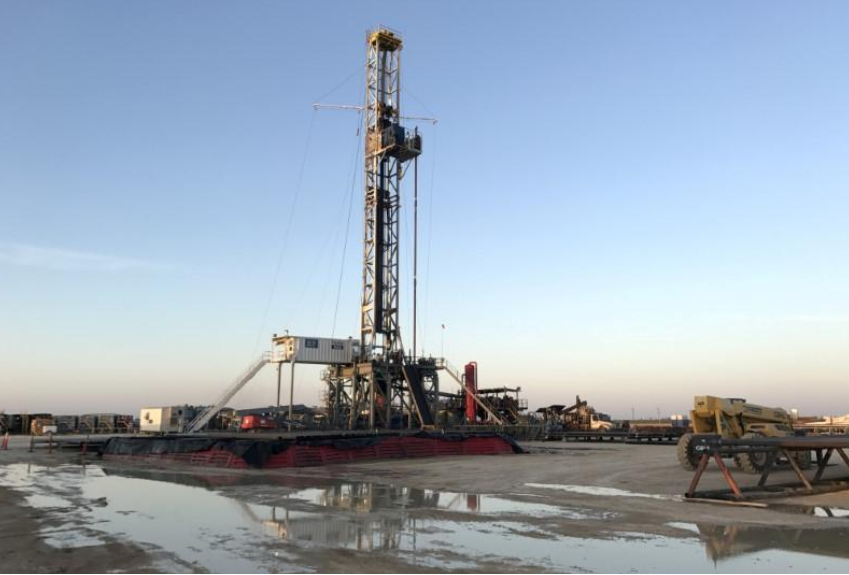 A drilling rig owned by Parsley Energy Inc. seen near Midland, Texas, US on May 3, 2017. File Photo: REUTERS/Ernest Scheyder

US energy companies this week cut oil rigs for the first week in three even though crude prices hovered near their highest level since the spring of 2015.

In the prior two weeks, drillers did not add or remove any rigs.

The US rig count, an early indicator of future output, is much higher than a year ago when only 529 rigs were active. Energy companies boosted spending plans in 2017 as crude prices started recovering from a two-year crash.

The increase in US drilling lasted 14 months before stalling in the second half of last year as some producers trimmed their 2017 spending plans after prices turned softer over the summer.

In anticipation of higher prices in 2018 than 2017, US financial services firm Cowen & Co said 21 of the roughly 65 E&Ps they track have already provided capital expenditure guidance indicating a 13 percent increase in planned spending over 2017.

Cowen said the E&Ps it tracks would spend about $66.1 billion on drilling and completions in the lower 48 US states in 2017, about 53 percent more than what they planned to spend in 2016.

US output peaked on an annual basis at 9.6 million bpd in 1970, according to federal energy data.