BUSINESS US' PBP may become another empty shell after the IPEF

US' PBP may become another empty shell after the IPEF 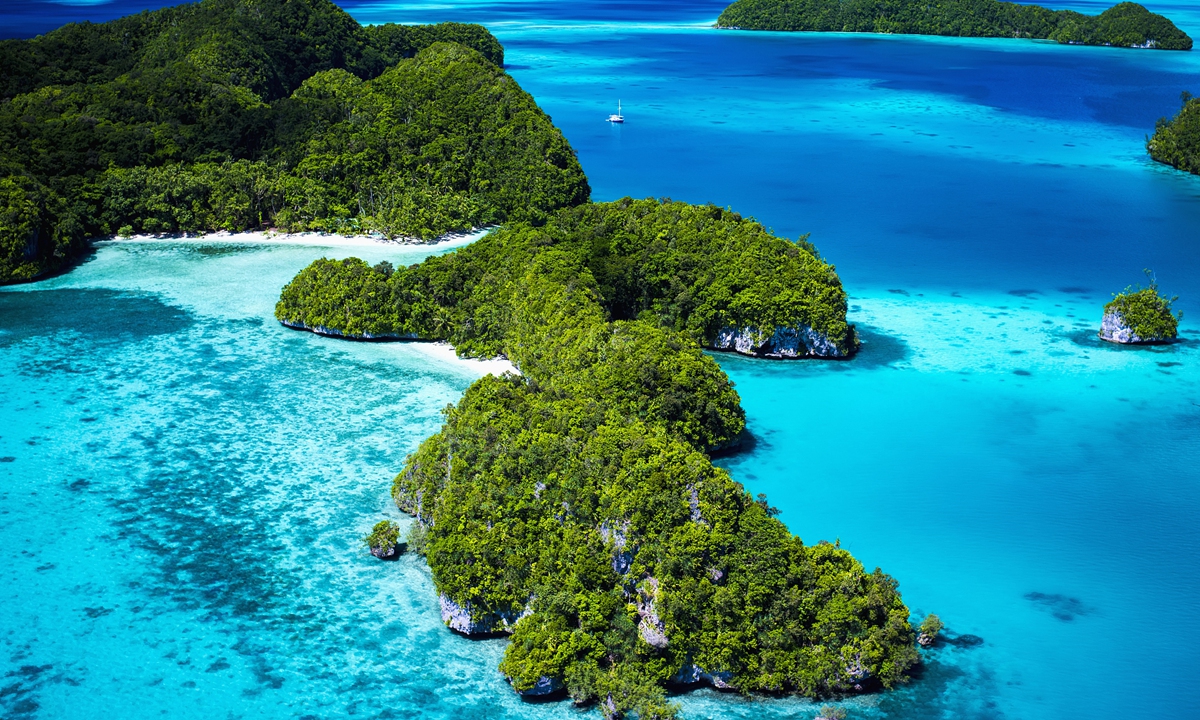 The Biden administration on Friday announced another group with its allies UK, Japan, Australia and New Zealand to strengthen their economic and diplomatic ties with Pacific islands countries, the so-called Partners in the Blue Pacific (PBP). The White House vowed this new initiative builds on commitment to the region. However, the Voice of America said that its purpose is to balance China's "growing influence."

What the US is doing is nothing new. Coming up with new hollow terms and putting forward empty cooperation initiatives, while corralling allies to play a geopolitical game in the Asia Pacific region, aim to contain and exclude China, just like it did with the so-called Indo-Pacific strategy. Former Assistant Secretary of State for East Asian and Pacific Affairs in the Obama administration, Kurt Campbell, said on Thursday that Washington is stepping up its engagement to counter China in the strategically important region, according to Reuters.

However, the problems of the PBP initiative are just as obvious as in the Indo-Pacific strategy. The absence of concrete plans to promote economic cooperation and the lack of capacity to provide economic investment to regional countries make it appear more like lip service. The calculation of the initiative apparently exploits the economic and diplomatic influence of its allies like Australia among the Pacific island nations to prolong its sole domination of global politics.

The US claimed the PBP initiative will promote economic cooperation but its rhetoric cannot fool no one. Indeed, the Pacific Island countries can benefit from a more integrated regional economy that fosters trade and new private investments with a climate-resilient and sustainable infrastructure capacity. But the economic predicament of the US and its allies does not allow them to provide real support to the development of Pacific island countries.

The US share of global manufacturing activity has declined considerably over the past several decades. The hollowing out of its manufacturing sector and the major risks of surging inflation and potential recession leave little hope for the US to increase investment in Pacific islands countries. In addition, with the ongoing protectionism in the US, the Biden administration is unlikely to make a commitment to facilitate and promote trade with regional countries.

If the US and its allies are serious about helping Pacific island nations boost their economic growth, improving infrastructure would be an appropriate step, as regional countries are endowed with limited infrastructure connectivity that deters private investment. However, it has been one year after the Group of Seven announced its grand infrastructure plan, known as the Build Back Better World (B3W) initiative, and the US and its allies have yet to make real progress, let alone aid to other countries.

A report by the US think tank Center for Strategic & International Studies published last month advised the Biden administration to assess how the Indo-Pacific Economic Framework for Prosperity (IPEF) can be developed to provide economic partnership opportunities for the Pacific island nations. However, the IPEF seems more like just an empty shell as the US cannot offer anything concrete. The PBP, which lacks the connotation of economic cooperation, may only become another empty shell after the IPEF.

The US' new initiative comes as China strengthens economic cooperation with Pacific island countries without any political strings attached. If the US does not respect the sovereignty of regional economies and approaches them as pawns in a chess board to counter China in a geopolitical game, its efforts are doomed to be counterproductive. The Cold War mentality can neither help the economic development of Pacific island countries, nor can it promote economic cooperation.