BUSINESS US pitches Europe its gas as alternative to Russia's

US pitches Europe its gas as alternative to Russia's 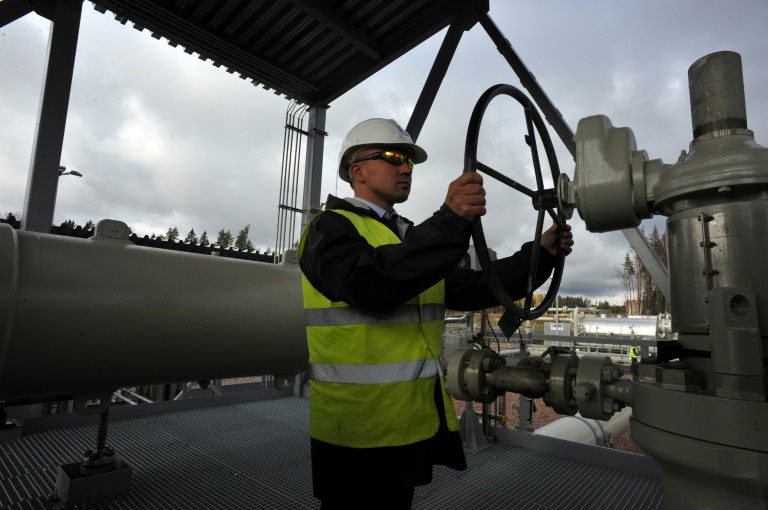 Buy our gas, not theirs (Photo: AFP)

When President Donald Trump came out swinging against the Nord Stream 2 pipeline at the NATO summit, he accused Germany of selling itself and its allies out to Russian influence.

But when Perry met with European Union officials, he took a less geopolitical tack, focusing instead on the economic and technological benefits of more trans-Atlantic trade.

"The United States does not support pipelines such as Nord Stream 2 and a multi-line Turk Stream that will only increase reliance on a single source of supply," Perry told reporters.

The Nord Stream and Turk Stream developments are controversial because they will connect Russian gas fields to the central European market, bypassing neighbors like Ukraine.

This will, in the eyes of opponents, empower the Kremlin to bully its former satellites in the east while making the western allies even more beholden to Russian energy supplies.

Trump, who never misses a chance to accuse Angela Merkel's Germany of free-riding on US generosity, told NATO that Nord Stream 2 would make Berlin "captive" to Russian interests.

But Perry, taking up the case at his first meeting of the EU-US Energy Council, focused on the economic potential of receiving more shipments of American LNG.

"The president has often discussed the concept of 'American First' and don't make any mistake about it. That doesn't mean 'America Alone'," Perry told a joint US-EU news conference.

In recent years, advances in extraction technology have made the United States one of the leading producers of natural gas, a fossil fuel but one that is relatively clean and efficient.

But more than half of US exports go to just three countries -- Mexico, South Korea, and China -- and the European Commission says less than one percent of Europe's gas come from America.

Perry said that new LNG expert terminals are coming on line in the eastern United States and that US and European scientists and engineers are working togther to improve supply.

Some in Washington have called for Nord Stream 2 and its leaders, such as its chairman former German chancellor Gerhard Schroeder, to be added to US Treasury sanctions lists.

Perry said he would prefer not to go that route, but warned that "sanctions are always an option."

European Commission vice-president and head of the bloc's energy team, Maros Sefkovic, acknowledged that US LNG could in time be a "game-changer".

But he said the priority for now was to secure gas from the Caspian Sea region, while maintaining supplies of Russian gas through Ukrainian pipelines beyond 2019.

The Kremlin has declared that Trump's political attacks on Nord Stream 2 are "unfair competition."

"The president ... thinks Nord Stream 2 is not in the EU's best interest and my bet is he'll be more than happy to tell President Putin that, straight to his face," he said.