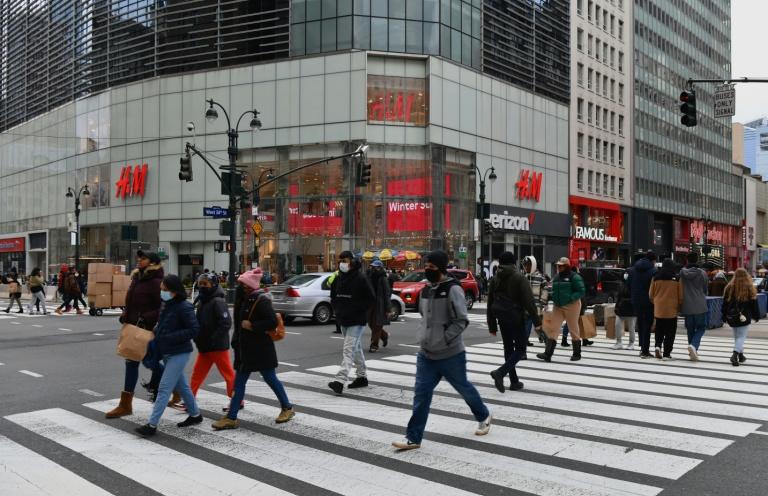 US inflation climbed 3.6 percent in April compared to the same month in 2020 as prices recovered from the mass business disruptions caused by the Covid-19 pandemic, according to government data released Friday.

The spike in the personal consumption expenditures (PCE) price index was the largest reported by the Commerce Department since September 2008, and comes as economists debate whether government stimulus and loose Federal Reserve policy will cause the world's largest economy to overheat.

Spending in April increased 0.5 percent from March with consumers steering their dollars to bars, restaurants and outdoor recreation, the data said, even as income plunged 13.1 percent as the effects of government stimulus checks and unemployment benefits meant to aid the recovery faded.

Spending was higher than economists forecast but much less than the 4.7 percent spike seen in March.

However, Gregory Daco of Oxford Economics said further gains are coming in the months ahead.

"Don't be fooled, households have an itch to spend, the means to do so and fewer health reasons not to indulge," he said in an analysis.

He pointed to the personal savings rate, which declined to 14.9 percent from the massive 27.7 percent seen the month before, saying the $2.81 trillion saved means "household finances remain very healthy."

The data showed consumers steering $112.6 billion towards the services sector, much of which was aimed at industries that were among the hardest hit by business restrictions to stop the virus.

That was partially offset by a $32.3 billion decrease in spending on goods, which was widespread but led by nondurable goods like food and beverages.

The jump in the overall PCE price index, the Federal Reserve's preferred inflation measure, included a 24.8 percent surge in energy costs compared to a year earlier.

But even excluding volatile food and energy prices, the core index rose 3.1 percent compared to April 2020, the highest in 29 years.

Central bank leaders have repeatedly tried to reassure Americans that high price increases in the months to come will be temporary as the economy rebounds from the deep slump it was in a year ago, and inflation will subside closer to the Fed's 2.0 percent target next year.

Ian Shepherdson of Pantheon Macroeconomics said there is no evidence in the PCE data showing they are wrong.

"We expect most Fed officials... to stick to the line that inflation pressures are expected to be 'transitory' or 'transient', due to 'bottlenecks'" in supply chains, he said in a note.

"That line won't change unless convincing evidence emerges of a sustained increase in core inflation expectations and, especially, sustained upwards pressures on wage growth" which will not become clear for months, Shepherdson said.