BUSINESS US producer prices rise in January on gasoline, healthcare

US producer prices rise in January on gasoline, healthcare 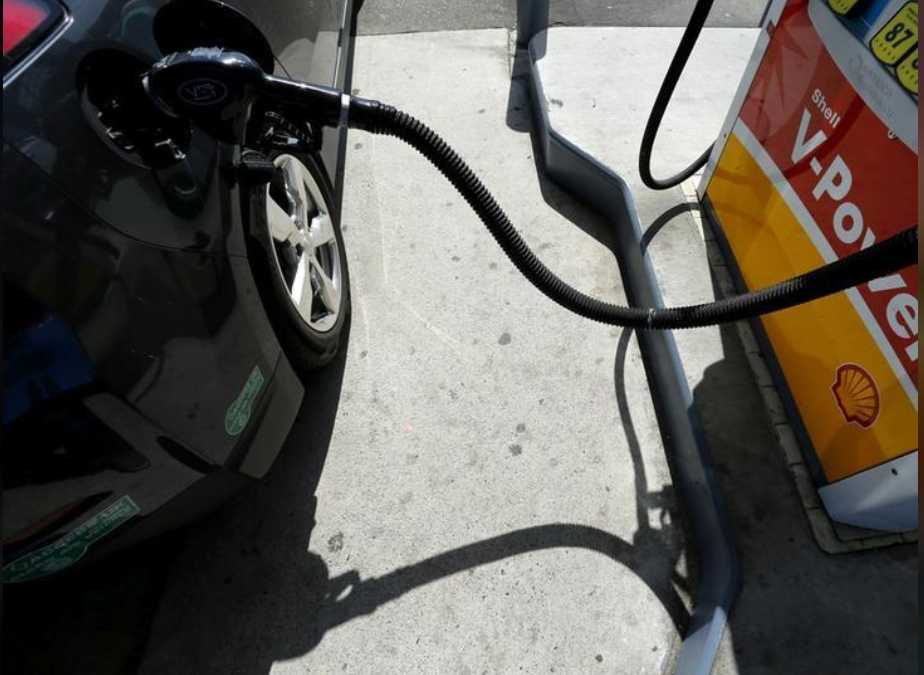 A car is filled with gasoline at a gas station pump in Carlsbad, California, US on August 4, 2015. Photo: Reuters/Mike Blake

US producer prices accelerated in January, boosted by strong gains in the cost of gasoline and healthcare, offering more evidence that inflation pressures were building up.

While other data on Thursday showed an increase in the number of Americans filing for unemployment benefits, claims continued to point to a tightening labor market. Economists were also unfazed by an unexpected dip in industrial production last month, citing strong business sentiment surveys.

The relatively strong producer inflation report came on the heels of data on Wednesday showing a broad increase in consumer prices in January. Rising inflation was also corroborated by two regional manufacturing surveys on Thursday, which showed sharp increases in prices paid by factories for inputs.

Firming inflation could force the Federal Reserve to raise interest rate a bit more aggressively than is currently anticipated. The US central bank has forecast three rate increases this year, with the first hike expected in March.

The Labor Department said its producer price index for final demand rose 0.4 percent last month after being unchanged in December. That lifted the year-on-year increase in the PPI to 2.7 percent from 2.6 percent in December.

Core PPI rose 2.5 percent in the 12 months through January, the largest increase since August 2014. That followed a 2.3 percent gain in December.

The Fed has a 2 percent inflation target. Following the CPI and PPI reports, Morgan Stanley is forecasting the core PCE price index rising 0.31 percent in January after increasing 0.2 percent in December.

That would raise the year-on-year increase in the core PCE price index to 1.6 percent from 1.5 percent in December. The data is scheduled for release on March 1.

The dollar fell to a 15-month low against the yen, while stocks on Wall Street were trading higher. Prices for US Treasuries were mixed.

Wholesale goods prices increased 0.7 percent last month, after nudging up 0.1 percent in December. Gasoline prices, which rose 7.1 percent, accounted for nearly half of the increase in the cost of goods last month.

In a second report on Thursday, the Labor Department said initial claims for state unemployment benefits increased 7,000 to a seasonally adjusted 230,000 for the week ended Feb. 10.

Claims fell to 216,000 in mid-January, which was the lowest level since January 1973. Last week marked the 154th straight week that claims remained below the 300,000 threshold, which is associated with a strong labor market. That is the longest such stretch since 1970, when the labor market was much smaller.

The labor market is near full employment, with the jobless rate at a 17-year low of 4.1 percent. Last week, the four-week moving average of initial claims, considered a better measure of labor market trends as it irons out week-to-week volatility, rose 3,500 to 228,500.

“The trend in the claims data continues to signal that conditions remain favorable in the labor market. There has been no week with initial claims filings above 231,000 since early in January,” said Daniel Silver, an economist at JPMorgan in New York.

A fourth report from the Philadelphia Fed showed factory activity in the mid-Atlantic region accelerated in February amid a surge in demand for manufactured goods. Manufacturers reported hiring more workers.

They also reported paying more for raw materials, with the survey’s measure of prices paid rising to its highest level since May 2011, which suggests further increases in producer prices.

While another report from the New York Fed showed a slowdown in manufacturing activity in New York state in February, factories reported strong order growth and were upbeat about business prospects over the next six months.

The survey’s measure of prices paid by factories for inputs rose to its highest level in nearly six years.