BUSINESS US productivity edges down 0.2% in third quarter

US productivity edges down 0.2% in third quarter 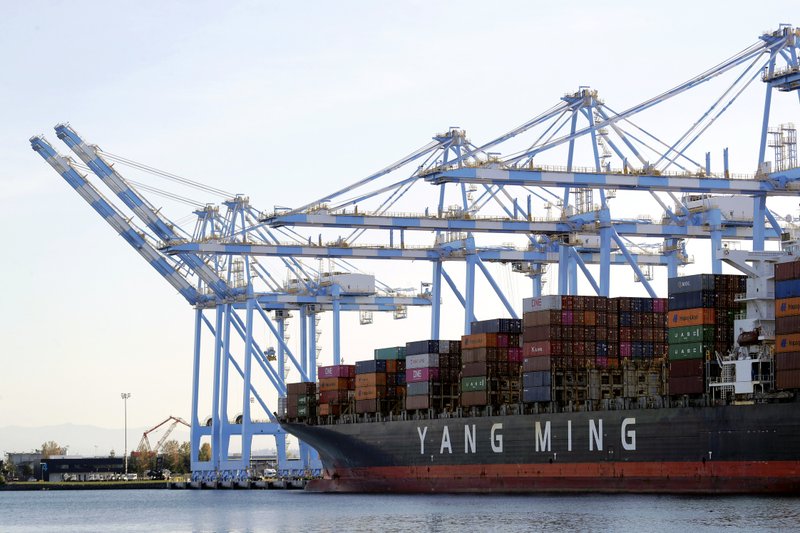 In this Nov. 4, 2019, file photo cargo cranes are used to take containers off of a Yang Ming Marine Transport Corporation boat at the Port of Tacoma in Tacoma, Wash. (Photo: AP)

The US productivity fell in the summer, the first decline in nearly four years, underscoring the struggles companies are facing in boosting worker efficiency.

The Labor Department said Tuesday that productivity edged down at a seasonally adjusted annual rate of 0.2% in the July-September quarter, the first quarterly drop since the fourth quarter of 2015. The new report represented a slight revision from an initial estimate of a 0.3% drop in productivity.

Labor costs were up at an annual rate of 2.5% in the third quarter, a sharp rebound from a tiny 0.1% increase in the second quarter.

Productivity, the amount of output per hour of work, is crucial to boosting living standards. Rising output means that employers can pay their workers more with the increased production without having to raise their prices, a move that can trigger higher inflation.

However, productivity gains during the current record-long expansion, now in its 11th year, have lagged significantly, averaging annual gains of just 1.3% from 2007 through 2018. That is just half the 2.7% annual productivity gains seen from 2000 to 2007.

President Donald Trump sold his $1.5 trillion tax cut in 2017 in part as a way to spur productivity by increasing businesses' investment in productivity-enhancing computers, machinery, and other equipment. However, in recent quarters, business investment has been weak.

Over the past year, productivity has grown 1.5% while labor costs are up 2.2%. The moderate rise in labor costs even with unemployment falling to a half-century low was a key reason the Federal Reserve has been a major reason that the Federal Reserve felt it had room to cut interest rates three times this year to spur economic growth without worrying that the moves could trigger unwanted inflation.

The Fed is holding its last meeting of the year this week and when it announces it rate decisions on Wednesday, the wide expectation is that it will keep rates unchanged, arguing it has done enough for now to provide an insurance policy for the economy against such threats as President Donald Trump’s trade wars with China and other nations.