BUSINESS US retail sales fall 0.5% in February, biggest drop since 2018 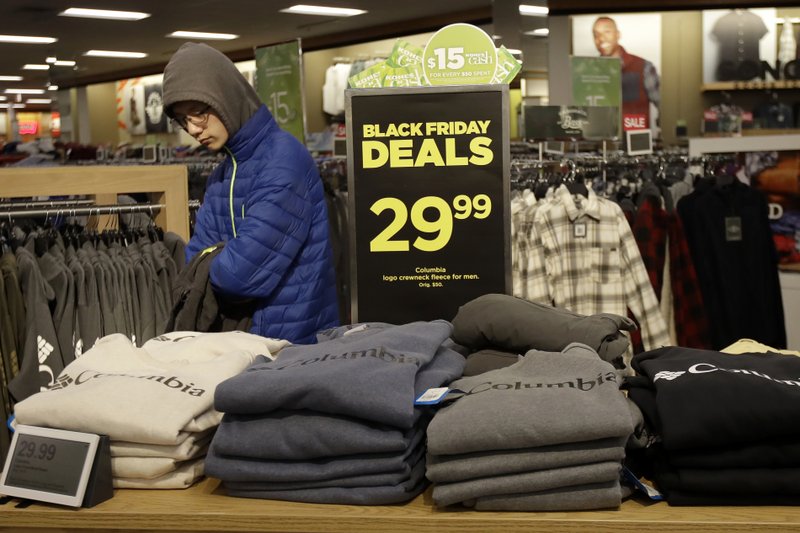 US retail sales fell 0.5% in February, the largest drop in more than a year, indicating that the consumer sector was slowing even before the coronavirus struck with force in the United States. Economists said they were looking for even weaker numbers in coming months.

The Commerce Department reported Tuesday that the February drop in sales was the biggest since a 2% decline in December 2018. Sales had been up 0.6% in January.

The February decline came from weakness in a number of areas including a 0.9% fall in auto sales and a 2.8% drop at gasoline stations, a decline that reflected falling gas prices.

Excluding motor vehicles and parts, retail sales were still down a sizable 0.4%.

In a likely sign of things to come, online sales showed a solid gain of 0.7% in February. Economists are forecasting even bigger demand in this area as Americans heed warnings to limit activities outside the home to try to halt the spread of the virus.

“With virus fears escalating drastically, containment measures being stepped up and high-frequency data showing that consumers are already avoiding public places like restaurants and cinemas nationwide, it looks likely that retail sales will fall sharply in March,” said Andrew Hunter, senior US economist at Capital Economics.

The retail sales report doesn’t cover the past week when the US economy shuddered to a near-halt, the Dow Jones plummeted to new lows and scores of iconic mall-based chains announced that they are temporarily shuttering their locations to curb the spread of the coronavirus. On Tuesday, Macy’s and H&M joined the ever-growing roster. Malls are starting to follow suit. Mall of America, the nation’s largest biggest mall, said Tuesday it will be temporarily closing until at least March 31.

In fact, more than 14,500 store locations are temporarily shuttering, accounting for nearly 5% of retail square footage in the US, according to Neil Saunders, managing director of GlobalData Retail, a retail research firm. That number will only get higher, the analyst said.

The temporary closings of mall-based clothing retailers come as two stark pictures of shopping emerged in recent days. Discounters and grocers like Walmart, Target and Costco have seen long lines of customers wanting to stockpile groceries across the country. But many mall-based clothing stores are empty as shoppers aren’t interested in leisure buying. Economists believe that the hit to consumer spending, which accounts for 70% of economic activity, will be enough to push the country into a recession.

The coronavirus outbreak is happening amid an already widening gap in sales performance between the big box stores and mall-based clothing chains, which have been too slow to respond to shoppers’ shift to online spending. Analysts believe that gap will only further widen between those who sell non-essential items like clothing versus those who sell basics like food and cleaning products. Online leader Amazon.com is hiring another 100,000 people across the US to keep up with a crush of orders as more people stay at home and shop online. On Tuesday, it said that, in an attempt to fill its warehouses with hand sanitizer and other items, the company will limit what suppliers can send to its warehouses for the next three weeks.

Still, any surge in online shopping won’t be enough to offset what analysts expect to be an overall bloodbath in the retail world.

Deborah Weinswig, CEO of Coresight Research, a global research firm, said that she now expects 15,000 stores to permanently close in 2020, nearly double her forecast of 8,000 stores that she made earlier this year. She says she expects that retailers could be closed for three months, not just two weeks.

“We are in a sustained spending halt,” she said.