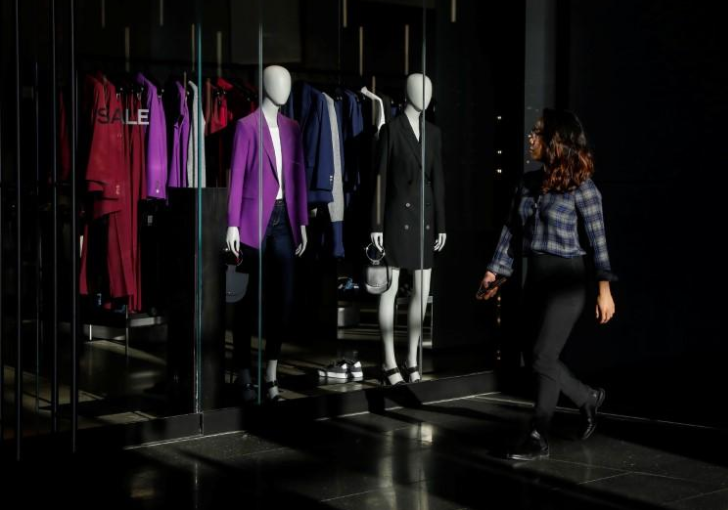 US retail sales fell for a third straight month in February as households cut back on purchases of motor vehicles and other big-ticket items, pointing to a slowdown in economic growth in the first quarter.

Despite signs of cooling in consumer spending, inflation pressures are steadily building, which should allow the Federal Reserve to raise interest rates next week.

Underlying producer prices increasing solidly in February, driven by strong gains in the cost of services such as hotel accommodation, airline fares and hospital inpatient care, other data showed on Wednesday.

The Commerce Department said retail sales slipped 0.1 percent last month. January data was revised to show sales dipping 0.1 percent instead of falling 0.3 percent as previously reported. It was the first time since April 2012 that retail sales have declined for three straight months.

Economists polled by Reuters had forecast retail sales rising 0.3 percent in February. Retail sales in February increased 4.0 percent from a year ago.

Consumer spending, which accounts for more than two-thirds of US economic activity, appears to have slowed at the start of the year after accelerating at a 3.8 percent annualized rate in the fourth quarter.

“These retail sales data are weak on the face of it and point to sluggish growth in consumer spending in the first quarter,” said John Ryding, chief economist at RDQ Economics in New York.

That boosted the year-on-year increase in the so-called core PPI to 2.7 percent, the biggest gain since August 2014, from 2.5 percent in January. The increase in underlying wholesale prices supports views that consumer inflation will pick up this year.

US financial markets largely shrugged off the weak retail sales report and investors focused instead on the wholesale inflation data. The dollar was trading higher against a basket of currencies. Prices for US Treasuries were mixed, with the yield on the interest-rate-sensitive two-year note rising.