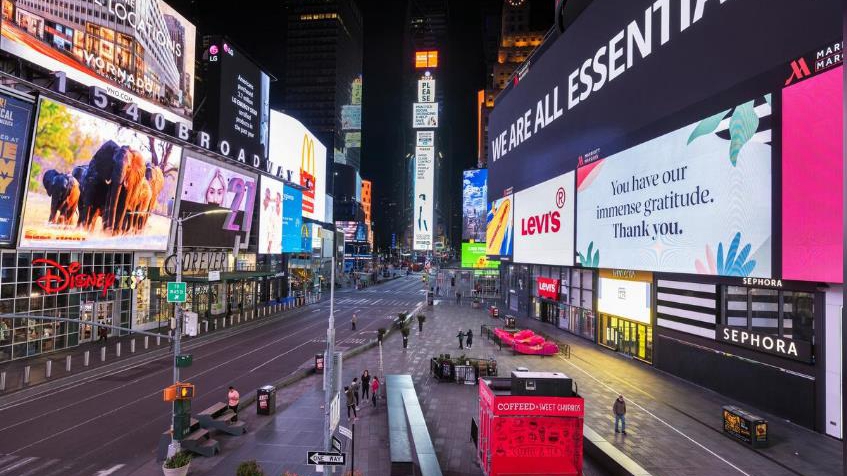 WASHINGTON, May 15 (Xinhua) -- U.S. retail sales plunged by a record 16.4 percent in April amid mounting economic fallout from the COVID-19 pandemic, according to a report from the Commerce Department released Friday.

"Due to recent events surrounding COVID-19, many businesses are operating on a limited capacity or have ceased operations completely," the department said.

Clothing and clothing accessories stores, in particular, were down 89.3 percent from April 2019, while non-store retailers were up 21.6 percent from last year.

Overall retail trade sales were down 15.1 percent from the prior month, and 17.8 percent below last year.

Total sales for the February through April period were down 7.7 percent from the same period a year ago, the department said.

The latest retail sales data came one day after the Labor Department reported that nearly 3 million Americans had filed for jobless claims last week as the COVID-19 pandemic continues to sweep the nation.

So far, the eight-week total has surpassed a staggering 36 million, indicating the mounting damage to the U.S. labor market as widespread "stay-at-home" orders and nonessential business closures had been implemented since mid-March, before restrictions were loosened just recently.

"The scope and speed of this downturn are without modern precedent, significantly worse than any recession since World War II," U.S. Federal Reserve Chairman Jerome Powell said Wednesday in prepared remarks webcast by the Washington-based think tank Peterson Institute for International Economics.

The central bank chief said that while the economic response has been "both timely and appropriately large," it may not be the final chapter, given that the path ahead is both "highly uncertain" and subject to "significant downside risks."