BUSINESS US retailers to raise prices as tariffs loom

US retailers to raise prices as tariffs loom

NEW YORK, June 1 (Xinhua) -- US retailers have voiced concern that the latest round of tariff hikes on Chinese goods and possible future increases of tariffs on more Chinese imports will force them to raise prices. 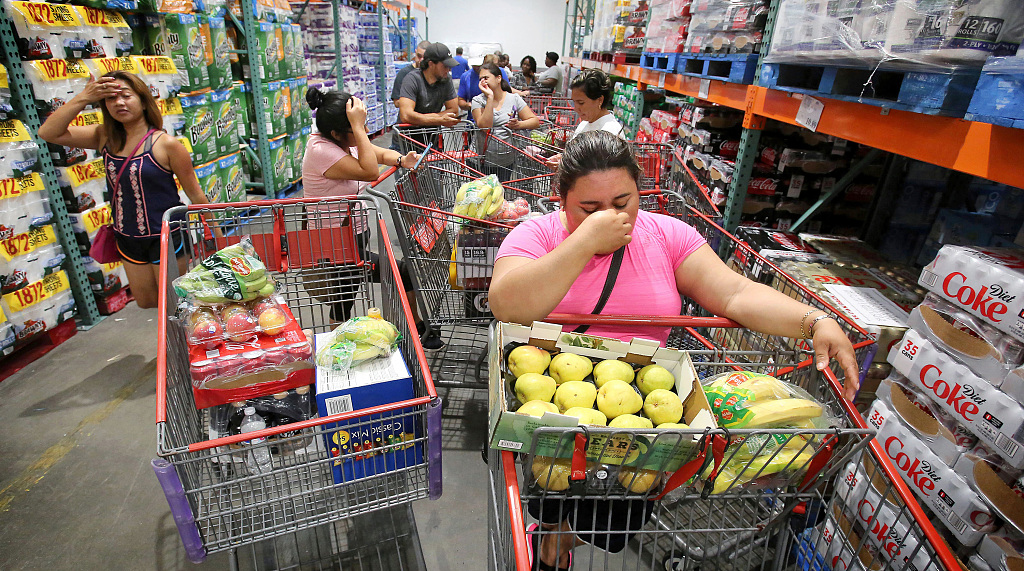 Warehouse club operator Costco was among the retailers to acknowledge the tariffs' impact on its business operations.

The company's chief financial officer (CFO) Richard Galanti said on a post-earnings call Thursday that the company is looking to accelerate shipments before certain tariffs go into effect, despite the fact that the company has limited ability to do that.

He said the company has reached out to suppliers to look for ways to reduce costs.

"At the end of the day, prices will go up on things," Galanti said, adding that it was not immediately clear how the tariffs would affect prices on imports from China, such as luggage, furniture, bicycles and vacuums.

Half a month ago, Walmart also indicated a possible price hike for the products it sells in order to offset the impact of the additional tariffs Washington has imposed on Chinese goods.

"We have mitigation strategies that have been in place for months. But increased tariffs will increase prices for customers," Walmart CFO Brett Biggs said Thursday when the company reported its quarterly earnings.

Jeff Gennette, chief executive of department store chain Macy's, had similar remarks. He said it would be hard for the company to get to a place "where you don't have a customer impact" if the additional tariffs go into effect.

US retailers depend heavily on China in their supply chains, as China accounted for about 41 percent of all apparel, 72 percent of footwear, and 84 percent of travel goods imported into the United States in 2017, according to a recent letter sent by several retail trade groups to US President Donald Trump's administration.

The letter said duties on US imports of these consumer products from China already represent more than 22 percent of all tariffs the United States collects from all countries on all products.

"To be clear, such duties are paid by US workers, US consumers, and US companies -- not China," said the letter jointly submitted by 17 groups.

In an escalation of trade tensions, Washington on May 10 increased additional tariffs on 200 billion US dollars' worth of Chinese imports from 10 percent to 25 percent, and has threatened to raise tariffs on more Chinese imports.

In response, China raised additional tariffs on a range of US imports on June 1, and has vowed to "fight to the end" to safeguard not only its own rightful interests, but also the norms of international relations and the free trade system.

The latest round of US tariffs on Chinese goods will impose a total annual cost of 831 dollars for a typical US household, according to research posted Thursday on the Federal Reserve Bank of New York's website.

Imposing further tariffs in the escalating trade disputes between the United States and China would lead to widespread closures of soft-line stores and substantial disruption across the industry, according to a report by Swiss investment bank UBS.

The report warned that over 12,000 US stores of apparel and textiles, which have about 40 billion dollars of annual revenue, would be at risk because of the possible new tariffs.

Statistics show that the US retail industry has already lost more than 3,000 stores, or more than 5 percent in the first quarter of 2019.