The American Chamber of Commerce in Hong Kong (AmCham) on Friday expressed regret for the US' revocation of the special trade status of the Hong Kong Special Administrative Region (HKSAR), saying the move will hurt American businesses in Hong Kong. 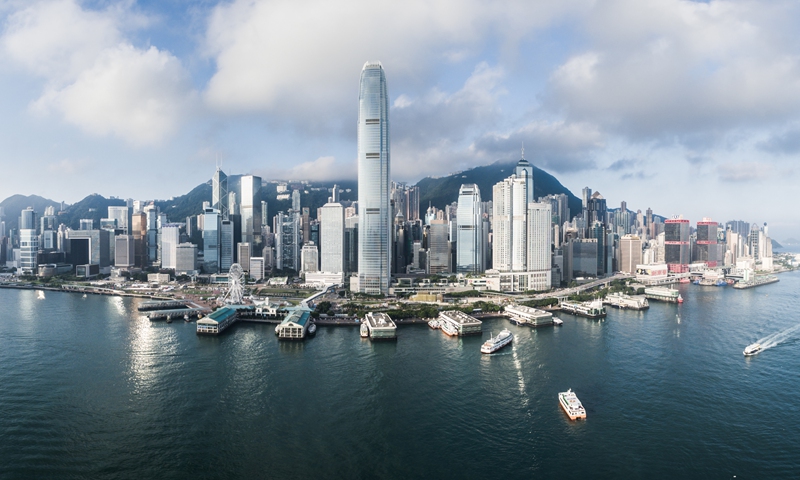 American businesses in Hong Kong have stressed the significance of fostering regional stability through exchanges between the US and Hong Kong. Without the US-Hong Kong Policy Act, this goal becomes significantly more difficult to achieve, the AmCham said in a statement sent to the Global Times on Friday.

The chamber stressed that it remains committed to fostering positive commerce relationships between the US, Hong Kong and the Chinese mainland, and hopes to promote Hong Kong's prominence as an international business center.

"Though out of pure business purpose, the AmCham's positive and reasonable attitude is commendable at a time when the Hong Kong problem is politicized by many anti-China politicians in the US," Li Yong, deputy chairman of the Expert Committee of the China Association of International Trade, told the Global Times on Friday.

The chamber's standing represents that of many US companies, supporting the view that the enactment of the National Security Law for Hong Kong will only bring social stability, safety and an improved business climate to both domestic and foreign companies and individuals, Li said.

The Policy Act took effect in 1997 and has since protected the US' commercial interests in the region, where there are more than 1,300 American firms and 85,000 American people.

A recent survey conducted by the AmCham in Hong Kong showed that 48 percent of its members have no plans to leave Hong Kong after the introduction of the National Security Law; however, some members did plan to leave the city for reasons unrelated to the law.

Hong Kong has been a strong market for American goods. Last year alone, the US enjoyed a $26 billion trade surplus with Hong Kong, the largest US surplus in the world, according to the AmCham. That figure included a substantial volume of US agricultural and manufacturing exports that are crucial to many rural communities across the US, it said.

The chamber said the Trump administration's cancelation of Hong Kong's special status will only deepen American businesses' pessimism about business prospects in Hong Kong. "We sincerely hope to see a return to a strong, open and constructive dialogue between the governments of the HKSAR and the US for the mutual benefit of our people, communities and economies," the AmCham said.

Li said that the US' growing pressure on Hong Kong and the Chinese mainland ahead of the upcoming US presidential election reflects the administration's inability to handle domestic conflicts, but hostility cannot stop China's economic and social development.