BUSINESS US sanctions on Huawei bite, but who gets hurt?

US sanctions on Huawei bite, but who gets hurt? 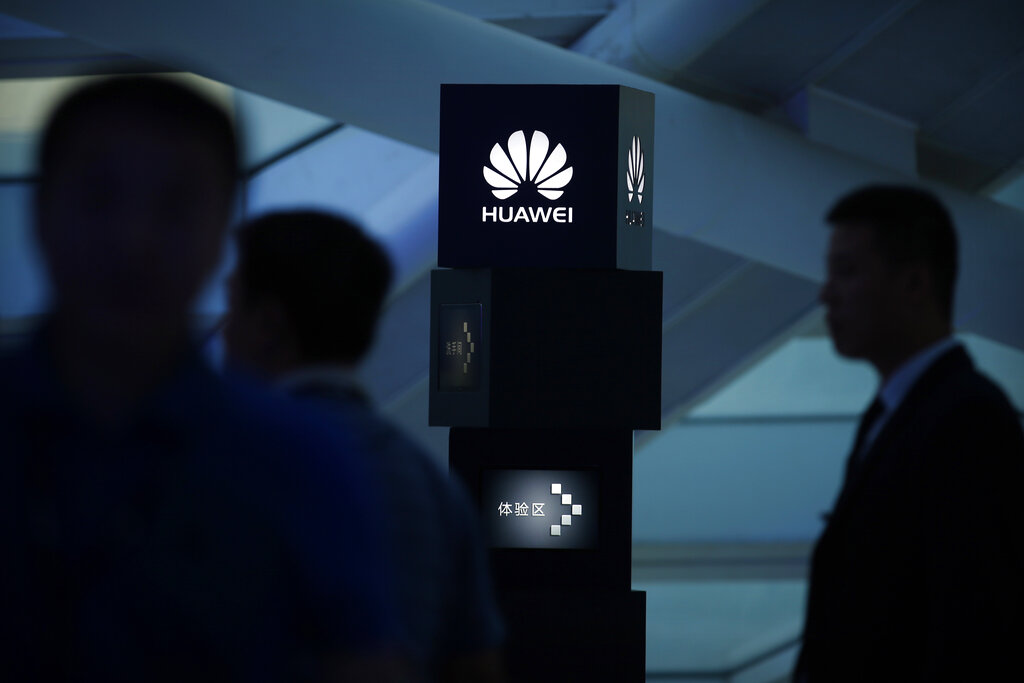 Trump administration sanctions against Huawei have begun to bite even though their dimensions remain unclear. US companies that supply the Chinese tech powerhouse with computer chips saw their stock prices slump Monday, and Huawei faces decimated smartphone sales with the anticipated loss of Google's popular software and services.

Here's a look at what's behind the dispute and what it means.

Last week, the US Commerce Department placed Huawei its so-called Entity List, effectively barring US firms from selling it technology without government approval.

Google said it would continue to support existing Huawei smartphones but future devices will not have its flagship apps and services, including maps, Gmail and search. Only basic services would be available, making Huawei phones less desirable. Separately, Huawei is the world's leading provider of networking equipment, but it relies on US components including computer chips. About a third of Huawei's suppliers are American.

The US defense and intelligence communities have long accused Huawei of being an untrustworthy agent of Beijing's repressive rulers — though without providing evidence. The US government's sanctions are widely seen as a means of pressuring reluctant allies in Europe to exclude Huawei equipment from their next-generation wireless networks. Washington says it's a question of national security and punishment of Huawei for skirting sanctions against Iran, but the backdrop is a struggle for economic and technological dominance.

The politics of President Donald Trump's escalating tit-for-tat trade war have co-opted a longstanding policy goal of stemming state-backed Chinese cyber theft of trade and military secrets. Commerce Secretary Wilbur Ross said last week that the sanctions on Huawei have nothing to do with the trade war and could be revoked if Huawei's behavior were to change.

Analysts predict consumers will abandon Huawei for other smartphone makers if Huawei can only use a stripped-down version of Android. Huawei, now the No. 2 smartphone supplier, could fall behind Apple to third place. Google could seek exemptions, but would not comment on whether it planned to do so.

While most consumers in the US don't even know how to pronounce Huawei (it's "HWA-way"), its brand is well known in most of the rest of the world, where people have been buying its smartphones in droves.

Huawei stealthily became an industry star by plowing into new markets, developing a lineup of phones that offer affordable options for low-income households and luxury models that are siphoning upper-crust sales from Apple and Samsung in China and Europe. About 13 percent of its phones are now sold in Europe, estimates Gartner analyst Annette Zimmermann.

That formula helped Huawei establish itself as the world's second-largest seller of smartphones during the first three months of this year, according to the research firm IDC. Huawei shipped 59 million smartphones in the January-March period, nearly 23 million more than Apple.

The US ban could have unwelcome ripple effects in the US, given how much technology Huawei buys from US companies, especially from makers of the microprocessors that go into smartphones, computers, internet networking gear and other gadgetry.

The list of chip companies expected to be hit hardest includes Micron Technologies, Qualcomm, Qorvo and Skyworks Solutions, which all have listed Huawei as a major customer in their annual reports. Others likely to suffer are Xilinx, Broadcom and Texas Instruments, according to industry analysts.

Being cut off from Huawei will also compound the pain the chip sector is already experiencing from the Trump administration's rising China tariffs.

The Commerce Department on Monday announced an expected grace period of 90 days or more, easing the immediate hit on US suppliers. It can extend that stay, and also has the option of issuing exemptions for especially hard-hit companies.

Much could depend on whether countries including France, Germany, the U.K. and the Netherlands continue to refuse to completely exclude Huawei equipment from their wireless networks.

The grace period allows US providers to alert Huawei to security vulnerabilities and engage the Chinese company in research on standards for next-generation 5G wireless networks.

It also gives operators of US rural broadband networks that use Huawei routers time to switch them out.

Huawei is already the biggest global supplier of networking equipment, and is now likely to move toward making all components domestically. China already has a policy seeking technological independence by 2025.

US tech companies, facing a drop in sales, could respond with layoffs. More than 52,000 technology jobs in the US are directly tied to China exports, according to the Computing Technology Industry Association, a trade group also known as CompTIA.

What about harm to Google?

Google may lose some licensing fees and opportunities to show ads on Huawei phones, but it still will probably be a financial hiccup for Google and its corporate parent, Alphabet Inc., which is expected to generate $160 billion in revenue this year.

In theory, Huawei's losses could translate into gains for both Samsung and Apple at a time both of those companies are trying to reverse a sharp decline in smartphone sales.

But Apple also stands to be hurt if China decides to target it in retaliation. Apple is particularly vulnerable because most iPhones are assembled in China. The Chinese government, for example could block crucial shipments to the factories assembling iPhones or take other measures that disrupt the supply chain.

Any retaliatory move from China could come on top of a looming increase on tariffs by the US that would hit the iPhone, forcing Apple to raise prices or reduce profits.

What's more, the escalating trade war may trigger a backlash among Chinese consumers against US products, including the iPhone.

"Beijing could stoke nationalist sentiment over the treatment of Huawei, which could result in protests against major US technology brands," CompTIA warned.