BUSINESS US says it overtakes China to have world's fastest supercomputer

US says it overtakes China to have world's fastest supercomputer 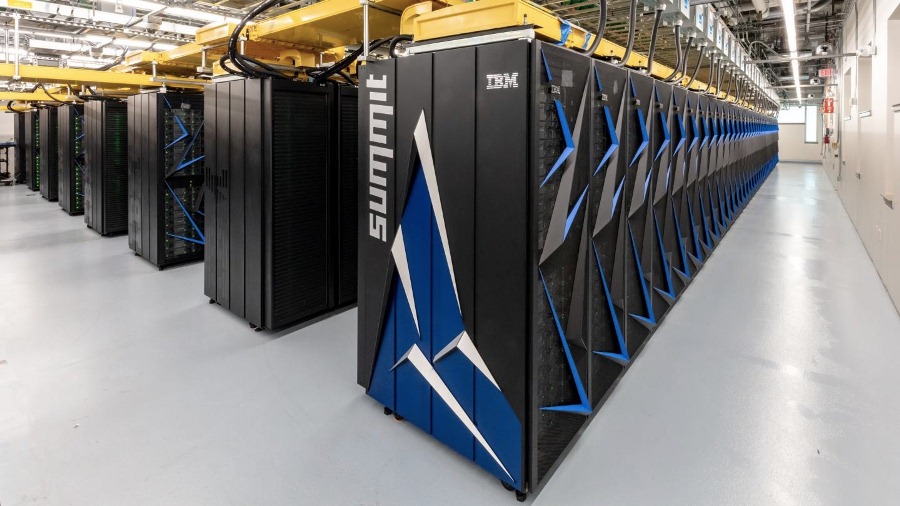 The US Department of Energy's Oak Ridge National Laboratory unveiled Summit as the world's most powerful and smartest scientific supercomputer. (Photo: Xinhua)

The computer named "Summit" has a peak performance of 200,000 trillion calculations per second or 200 petaflops, breaking the record of China's top-ranking Sunway TaihuLight with processing capacity of about 125.4 petaflops, according to ORNL.

It is about a million times faster than a typical laptop. For certain scientific applications, it will also be capable of more than 3 billion billion mixed precision calculations per second, or 3.3 exaops.

"Summit" will provide unprecedented computing power for research in energy, advanced materials and artificial intelligence (AI), among other domains, enabling scientific discoveries that were previously impractical or impossible, according to ORNL.

Also, "Summit" offers opportunities for the integration of AI and scientific discovery, enabling researchers to apply techniques like machine learning and deep learning to problems in human health, high-energy physics, materials discovery and other areas.

"Today's launch of the Summit supercomputer demonstrates the strength of American leadership in scientific innovation and technology development. It's going to have a profound impact in energy research, scientific discovery, economic competitiveness and national security," said US Secretary of Energy Rick Perry.