The US Senate overwhelmingly approved the US-Mexico-Canada trade agreement (USMCA) on Thursday, modernizing the 26-year-old North American Free Trade Agreement (NAFTA) that has been blamed for hollowing out the US manufacturing sector. 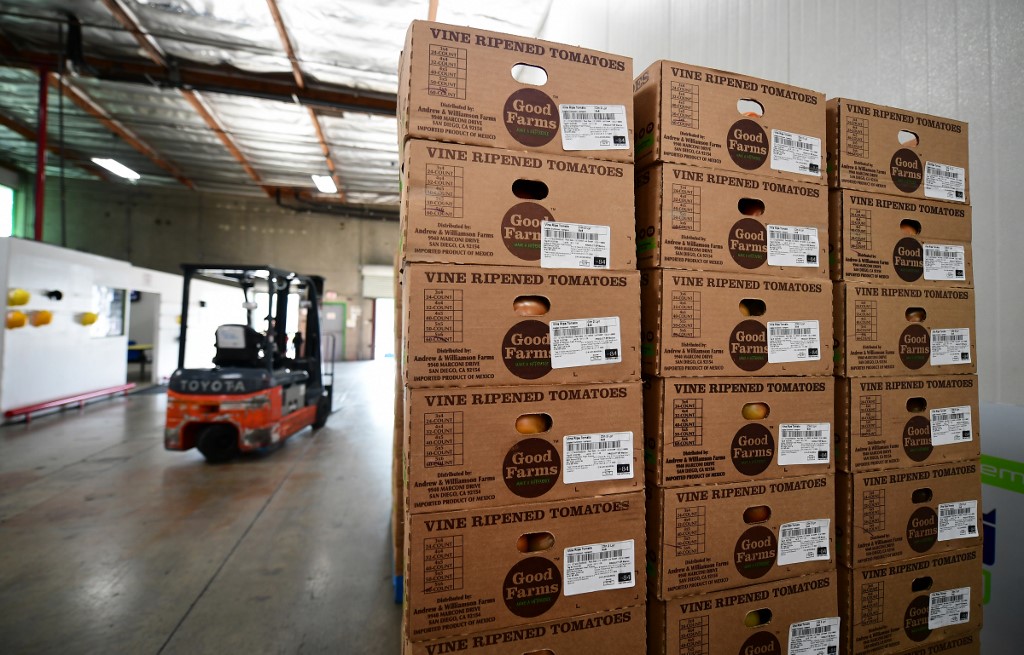 In this file photo taken on June 08, 2019 Boxes of tomatoes await distribution from a produce wharehouse at the Otay Mesa Port of Entry at the US-Mexico border in San Diego, California on June 8, 2019. (Photo: AFP)

The bill is expected to be quickly signed by US President Donald Trump, but the trade deal still needs to be approved by Canada's Parliament before it goes into effect. Mexico has already approved the agreement. Trump made his opposition to NAFTA a centerpiece of his campaign for president in 2016.

The new agreement makes mostly modest changes, and will leave more than 1.2 trillion US dollars in North American trade flows largely unchanged. While the deal has been forecast to create 176,000 US jobs over 15 years, it is not expected to bring lost factory jobs back to the United States from Mexico in coming years.

While the US administration completed its negotiations with Canada and Mexico more than a year ago, Democrats in the House insisted on changes that they said made it more likely Mexico would follow through on its commitments. As part of those negotiations, the administration agreed to drop a provision that offered expensive biologic drugs – made from living cells –10 years of protection from cheaper knockoff competition. Democrats overwhelming opposed that provision.

One of the biggest changes requires increased North American content in cars and trucks built in the region from 62.5 percent to 75 percent under NAFTA, with new mandates to use North American steel and aluminum.

And 40 to 45 percent of a vehicle's value must come from "high wage" areas paying workers at least 16 US dollars an hour, namely the United States and Canada.

The rules put some foreign-brand automakers in the United States at a disadvantage, by forcing them to invest in new US or Canadian plants for high-value components such as engines and transmissions.

To encourage Mexican workers to unionize and to drive up wages, the deal allows the United States and Canada to convene panels of international labor experts to hear complaints if Mexican factories are denying them the freedom to organize and collectively bargain.

If such violations are found and remedial actions are not taken, it allows the complaining country to rescind tariff-free access for the offending facility's products, among other penalties.