BUSINESS US service companies grew at a slower pace in April

US service companies grew at a slower pace in April 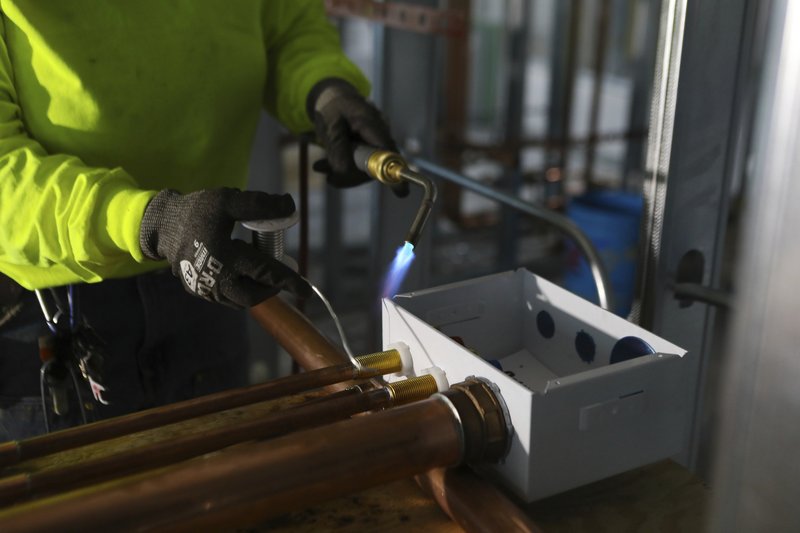 US service companies grew at a slower pace in April, as business activity generally showed a leveling off.

The Institute for Supply Management, an association of purchasing managers, reported Friday that its service index fell to 55.5% last month, down from 56.1% in March. Any reading above 50 signals growth.

Companies surveyed for the index were mostly optimistic about overall business conditions but expressed continuing concern about finding qualified employees, the ISM said.

The service sector, which is where most Americans work, has been expanding for 111 straight months, according to the ISM index.

“The services sector has leveled off a bit,” said Anthony Nieves, chair of the ISM non-manufacturing business survey committee. However, “We still have strong and steady growth,” he said in a telephone interview.

US businesses generally appear to have shrugged off earlier concerns that the economy might slow this year. Nearly a decade into the economy’s recovery from the Great Recession, the economic expansion is set in July to become the longest in US history.

A number of companies surveyed for the index continue to highlight the difficulty of finding workers, a reflection of the 3.6% unemployment rate — a five-decade low. Steady hiring over the nearly decade-long recovery from the Great Recession has caused the pool of people seeking work to decline, helping to push up wages.

According to the ISM survey, business activity rose in April compared with March but new orders declined slightly. The measure of employment fell as more of the companies surveyed said hiring was weaker.

While many businesses say they’re struggling to find workers, each month they seem to add a substantial number. Some have taken a range of steps to fill jobs, including training more entry-level workers, loosening educational requirements and raising pay sharply.

A new government report Friday showed that US employers added a robust 263,000 jobs in April, fresh evidence that businesses now are less concerned about an economic slowdown and are anticipating strong customer demand. The jobless rate fell to 3.6% from 3.8%, though the drop partly reflected an increase in the number of Americans who stopped looking for work. Average hourly pay rose 3.2% from 12 months earlier.