US services firms grew at a faster pace last month 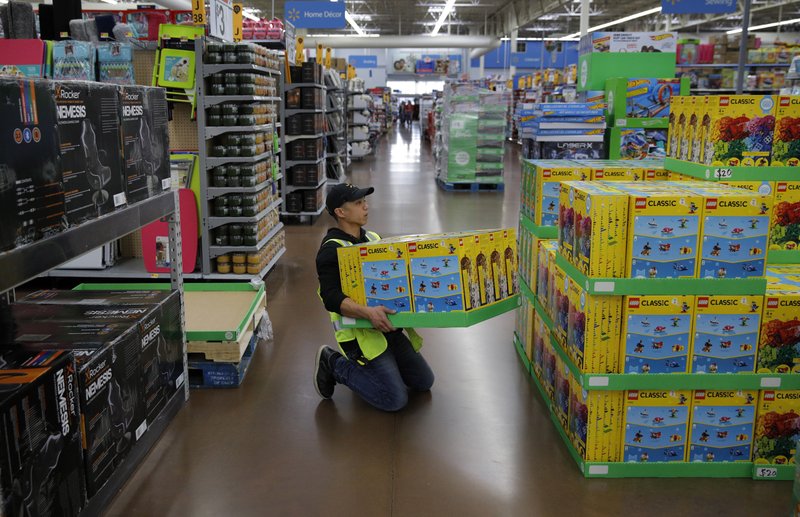 In this Nov. 27, 2019, file photo Dan Villegas stocks item in preparation for a holiday sale at a Walmart Supercenter in Las Vegas. (Photo: AP)

The US services companies grew more quickly in December than the previous month, a sign that the economy’s steady expansion should continue.

The Institute for Supply Management said Tuesday that its service-sector index rose to 55, from 53.9 in November. Any reading above 50 signals expansion.

The ISM’s survey covers retail, health care, hotels and restaurants, and professional services, among other sectors. Services firms added jobs last month but at a slightly slower pace than in November, while sales jumped in a sign of consumers’ health.

Steady consumer spending, buoyed by a strong job market and decent pay gains, is driving a healthy service sector and the broader economy. A separate survey this month of manufacturers by the ISM showed that factories are still struggling with trade fights and feeble global growth, but the industries covered by the ISM’s services survey make up nearly 90% of the economy.

“Luckily, the outlook for consumer spending remains upbeat,” Ksenia Bushmeneva, an economist at TD Economics, said. “With the labor market continuing to churn out solid job gains, interest rates remaining low, and wages rising at a decent pace, the fundamentals for consumption are healthy heading into the new year.”

Still, economists said that many details of the report were mixed. Export orders grew last month but at a slower pace. And order backlogs shrank for the third straight month.

Several participants in the survey said that trade and other uncertainties have weighed on their businesses, but fewer expressed those concerns than in previous months. That could reflect the fact that the US and China reached a preliminary trade deal Dec. 13, which is scheduled to be signed Jan. 15.

Still, an emerging trade fight between the United States and European Union over a tax on digital services, levied by France, could hurt the export of consulting and other services in the coming months, said Anthony Nieves, chair of the ISM’s services survey committee. The US is also considering retaliatory tariffs in response to the tax, which could lead to a new trade battle.

Most analysts predict that growth remained solid in the final three months of the year, with the economy expanding at roughly a 2.5% annual rate. That’s up from 2.1% in the July-September quarter.