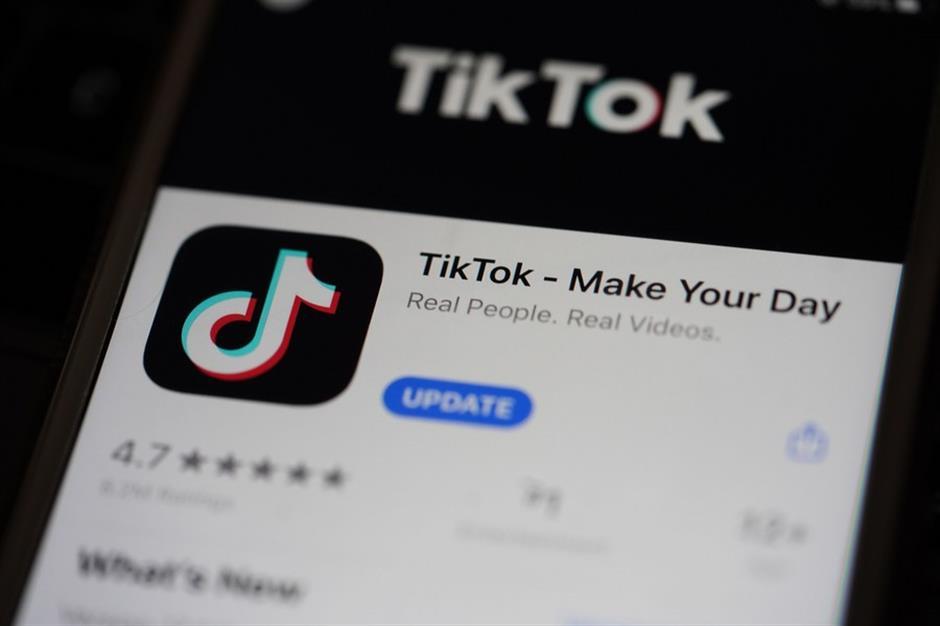 The logo of TikTok is seen on a smartphone screen in Arlington, Virginia, the United States on August 30, 2020. (Photo: Agencies)

A US district court has decided to temporarily block the US government's action that would prevent new downloads of the video-sharing app TikTok and software updates for existing users.

However, the preliminary injunction can neither change the fact that the US government is suppressing TikTok nor gloss over its bullying acts, said Chinese experts and scholars.

Some US companies said they had reached a so-called "agreement" on the fate of TikTok with ByteDance.

Such an "agreement" inked under the pretext of "equality" and "business cooperation" was nothing but disguised robbery, according to the experts.

According to the released details, the United States has made a host of arrangements in an attempt to force TikTok into becoming a complete US enterprise, said Lu Chuanying, a research fellow at the Shanghai Institutes for International Studies.

The TikTok agreement, forced by the US government without legal and factual basis, is essentially a calculated step in Washington's plan to plunder the Chinese internet company through administrative means, which has trampled wantonly on international laws for US domestic political purposes, Lu added.

All the measures taken by the US side are aimed at monopolizing the market at the source, controlling and squeezing other countries' companies, and seeking maximum profits for its own interests, said Tian Zhihong, head of the Cyberspace Institute of Advanced Technology of Guangzhou University.

The United States has chanted the slogan of "free market competition" to grab the markets of other countries, but this time it obstructed the free competition and development of non-American companies in the country under the pretext of "national security," Tian said.

This has exactly reflected its pirate logic. If the United States takes the lead, then it would be "free and safe." But if it doesn't, the country will commit robbery, Tian said.

Zuo Xiaodong, vice president of the China Information Security Research Institute, believes that the US government forcing TikTok to transfer its algorithms and data control essentially constitutes an infringement of China's cyber sovereignty.

Some experts noted that it is not the first case of US bullying over other countries' technology companies, saying more such despicable means by the United States would continue to endanger the interests of more countries and companies in the future.

Lu called for efforts to safeguard the legitimate rights and interests of Chinese companies.

He Yanzhe, an information security expert from the China Electronics Standardization Institute, suggested that the Chinese government should fully assess the possibility of domestic technologies being stolen or even seized while seeking overseas development and cooperation.

Experts said that facing the US government's hegemonic actions, Chinese companies should defend their rights and interests through legal means. They also called on companies to join hands with the global business community to stand against US bullying and maintain fairness and justice in the commercial sphere.