Trade and investment at risk as China diversifies

Liquefied natural gas (LNG) is a better weapon in the hands of China than in those of the US because of China's more diversified energy security strategy, a Chinese expert said Tuesday as heightened trade tensions between the world's number one and number two economies now threaten the LNG trade. 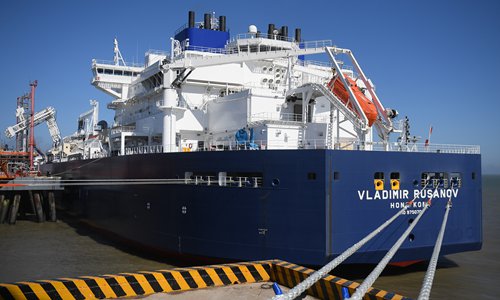 The comments came as China launched countermeasures on Friday with proposed tariffs on $60 billion worth of US goods, including a 25 percent tariff on imports of US LNG.

Jin Lei, an associate professor at the China University of Petroleum, told the Global Times on Tuesday that while both sides stand to lose in an LNG spat, the US stands to bear the brunt of the damage if China turns LNG into a weapon.

The sector had previously been untouched by the trade war, and the commodity was excluded from the initial round of Chinese retaliatory tariffs on $50 billion worth of US goods following US President Donald Trump's decision to place import tariffs on Chinese goods.

Fu Chengyu, former chairman of Chinese State-owned oil major and major LNG importer Sinopec, said in April that he believed China-US LNG trade would not be affected by the trade war, because LNG trade and investment could play a significant role in reducing the US trade deficit with China.

However, China's newly proposed tariffs mean things have taken a turn. Although the tariffs have yet to take effect, China's procurement of US LNG came to a stop in July, Reuters reported.

"China has vowed to hit back with both quantitative and qualitative measures to respond to US tariffs, and LNG really is the qualitative hit," Jin said. "For China, years of diversification means that disruption to its supply would be limited. But for the US, China's halt in purchasing will affect prices, disrupt export procedures and strangle the nascent US LNG export industry, which is still fledgling in the process of becoming an export power."

"The situation would affect China, but it would affect US LNG exporters more, as the damage of losing a big meaningful buyer such as China would prove to be more difficult to handle," Jin said.

More than just a buyer, China can also store a sizable amount of natural gas and it has the capacity to receive it, thanks to a large-scale revamp of related infrastructure following a 2017 winter gas shortage that left some households in the freezing cold. Sinopec said on Tuesday it has newly added 55.6 billion cubic meters of underground gas storage capacity.

Such disruptions will significantly undermine President Trump's plan to make the US an energy exporting power, which banks on the country's successful energy revolution, according to Jin.

In 2017, the top LNG exporters to China were Qatar and Australia, customs data showed.

Li Li, director of research at industry consultancy ICIS, said LNG trade is highly centralized in a few countries and a tariff would result in a lose-lose situation for both China and the US.

"For US exporters, finding new buyers for 3-5 million tons of LNG products will be difficult and costs could rise when China tries to find alternatives to replace US imports," Li told the Global Times.

"Successfully finding an alternative to the US, which is a black horse among world energy exporters, will be a long-term process as new alternative countries ramp up their LNG output, which is a time-consuming process."

Canada, Australia and Russia could stand as beneficiaries, and China could play a balancing of interests, Jin said.

In addition to LNG trade, the spat with China might also slow down LNG-related infrastructure investment, such as the massive LNG export project in Alaska, as progress in such investment is driven by the outlook for LNG demand, Jin said.