BUSINESS US Steel to lay off 2,500 workers in Slovakia

US Steel to lay off 2,500 workers in Slovakia 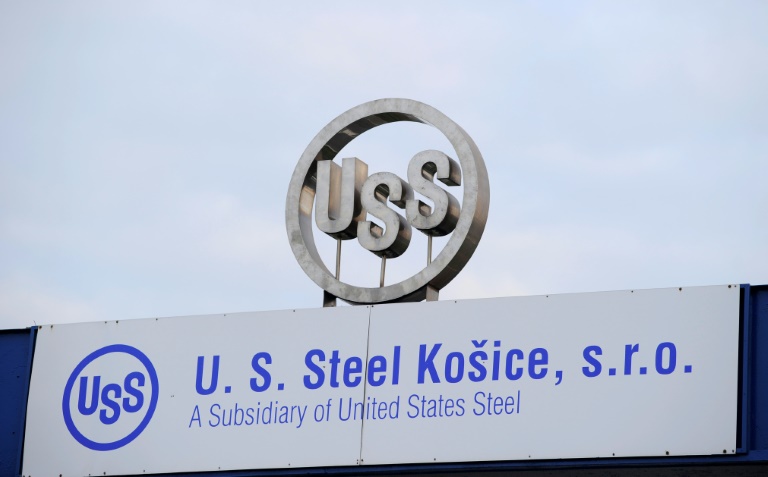 The Kosice steel mill ranks among the largest employers in Slovakia. (Photo: AFP)

The United States Steel Corporation said Friday it would cut around a fifth of its workforce in Slovakia over by the next two years due to competition from cheap steel imports from outside the European Union.

The company also faulted EU environmental regulations that have driven up the cost of power used to run the massive plant.

The layoff will affect some 2,500 of the nearly 12,000 workers at the Kosice plant located in Slovakia's poorer east struggling with high unemployment.

The steel mill ranks among the largest employers in the eurozone country of 5.4 million people focused primarily on car production.

By the "end of 2021 we will reduce the number of employees working at U.S. Steel Kosice and its subsidiaries by 2,500 employees," company president James Bruno said in a statement.

"We must act to protect our business and remain competitive," he added.

A month ago, management decided to idle one of the plant's blast furnaces and reduce the working week to four days to save on costs.

Slovak government officials were not available for immediate comment.

U.S. Steel pointed to "higher electrical costs" and "CO2 credit costs that have risen five times in the past year" as significant factors in its decision to shed employees, according to a separate statement published on the company website.

"Steel plants in Europe face substantial CO2 allowances costs, which our competitors from third countries massively exporting steel to Europe don't have to bear at all," the statement said.

In May, the European Steel Association (EUROFER) called for urgent action by EU policymakers to help the sector facing a flood of cheap steel exports deflected to the EU because of the US imposition of steel import tariffs in 2018.

U.S Steel Kosice is a key supplier for the Slovakia-based car plants, which include Volkswagen, PSA Peugeot Citroen, Kia and Jaguar Land Rover and have enjoyed record production in recent years.

Unemployment stood at 4.97 percent in June in Slovakia, which expects economic growth to hit 3.5 percent this year, followed by 3.4 percent in 2020.