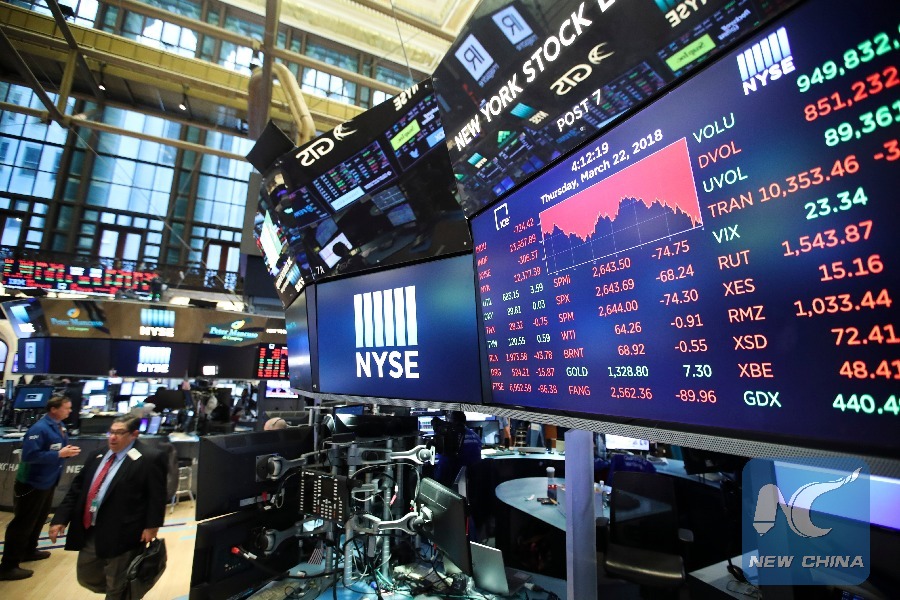 Shares of American Express rose over 1 percent, after Bank of America Merrill Lynch gave the financial services provider a "buy" rating, as the leading investment bank remained bullish on the company's brand strength and growth potential.

Shares of Adobe surged over 5.21 percent, after the US software giant posted better-than-expected earnings for the first quarter, which were driven by its strong Creative Suite business and digital media offerings.

Eight of the 11 primary S&P 500 sectors traded higher around market close, with the health care sector up over 1 percent, leading the gainers.

The Fed decided to hold federal funds rate steady at 2.25 to 2.5 percent, yet hinted at possible rate cuts later this year, saying it "will act as appropriate to sustain expansion."

Noting that uncertainties about the economic outlook have increased, the central bank dropped the "patient" language shown in its previous statement.

"In light of these uncertainties and muted inflation pressures, the Committee will closely monitor the implications of incoming information for the economic outlook and will act as appropriate to sustain the expansion," said the Fed a statement on Wednesday afternoon.

Such signals came amid ongoing trade tensions and growing concerns over a potential economic slowdown.

Nine of the ten members of the Federal Open Market Committee voted for maintaining rate at its current range. However, St. Louis Fed President James Bullard was the only one official voting against the decision, as he wanted a lower target range for the benchmark rate by 25 basis points.