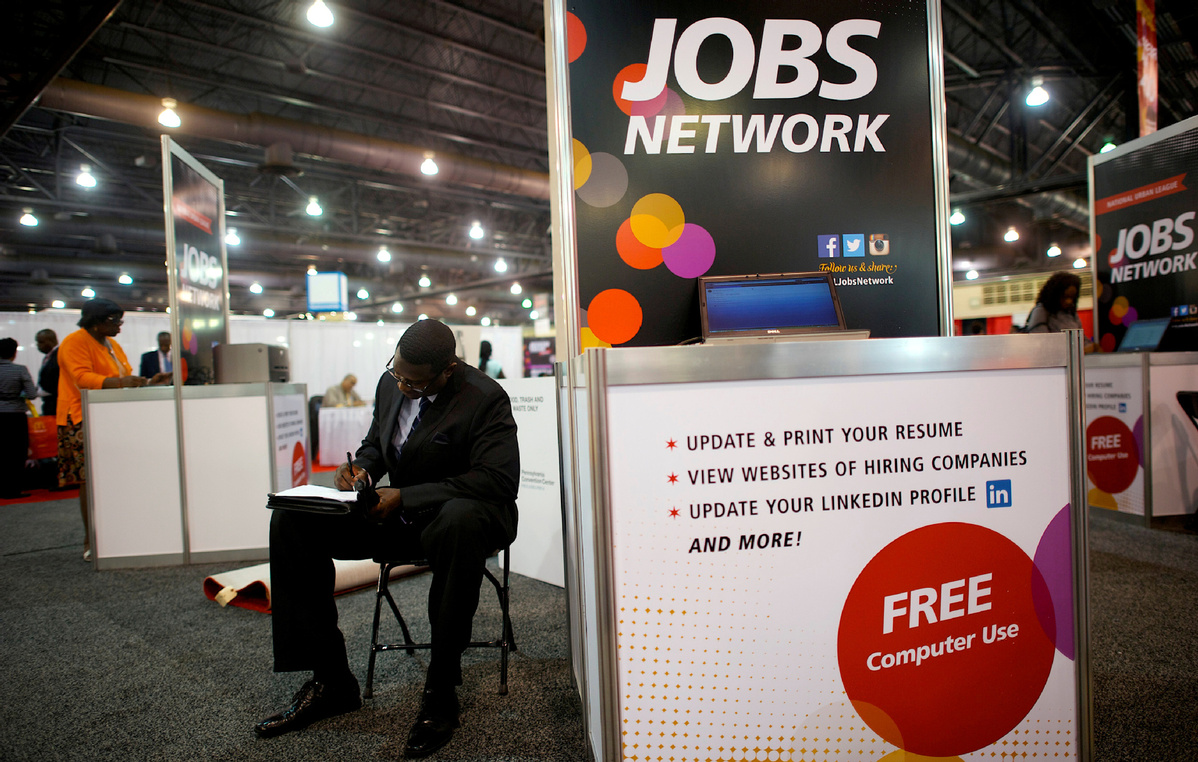 A job-seeker completes an application at a career job fair in Philadelphia, Pennsylvania, US. (File photo: VCG)

Most of the 30 Dow components traded in green territory, with 3M Co and Goldman Sachs adding 4.32 percent and 3.44 percent respectively, becoming the top two gainers.

Ten of the 11 primary S&P 500 sectors traded on an upbeat note, with the energy sector rising 2 percent.

U.S. employers added 266,000 jobs in November, and the unemployment rate has dropped slightly to 3.5 percent, the U.S. Bureau of Labor Statistics reported Friday.

Job gains mainly occurred in healthcare and in professional and technical services, the report showed. The number of people employed in manufacturing rose by 54,000 in November, after a decline in October when General Motors workers were on strike.

In addition, the University of Michigan's preliminary sentiment index for December increased to 99.2 from 96.8 in November.