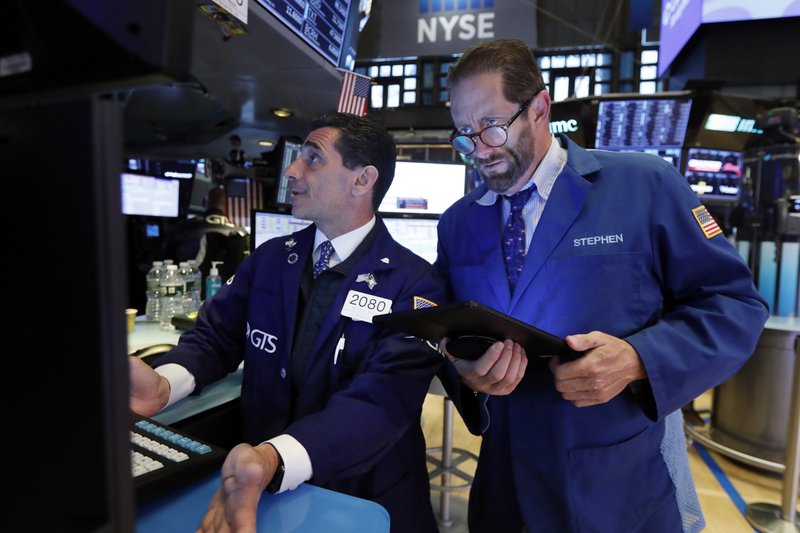 NEW YORK, May 31 (Xinhua) -- US stocks closed lower on Friday, after Washington decided to turn its tariff gun on Mexico, pushing Wall Street into a bearish and risk-off mode.

Nine of the 11 primary S&P 500 sectors traded lower around the closing bell, with the communications services sector down over 2 percent, leading the losers.

Companies that depend heavily on supply chains in Mexico took a beat, as US President Donald Trump threatened on Thursday to slap a five percent tariff on all Mexican imports from June 10, which would reach 25 percent by October if Mexico dissatisfies Washington over immigration issues.

Auto stocks and retail stocks were the worst performers reeling from the intensifying US trade fights with Mexico and China.

Shares of Uber rose over 1.5 percent, as the company reported stronger-than-expected revenue for the first quarter after Thursday's market close, which rose 20 percent year on year.

The earnings report caught much market attention, as it was the first one since the ride-sharing service provider went public on the US market.

On the economic front, US consumer sentiment was dented by the long-lasting trade frictions in the last two weeks of May.

The final index of consumer sentiment was 100 in May, down from an initial estimate of 102.4, said the University of Michigan in its latest survey released on Friday.

Though the index rose from 97.2 in April, consumer confidence was "significantly eroded" due to unfavorable references to tariffs, according to the survey, which was "spontaneously mentioned by 35 percent of all consumers in the last two weeks of May."