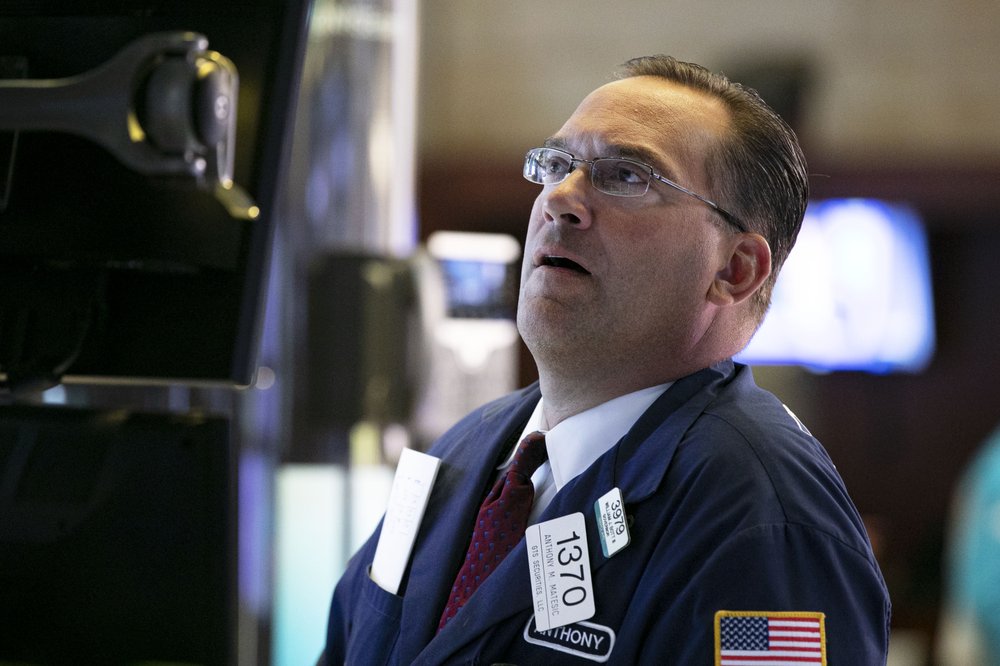 Specialist Anthony Matsic works at his post on the floor of the New York Stock Exchange, Monday, Aug. 12, 2019. (Photo: AP)

NEW YORK, Aug. 12 (Xinhua) -- US stocks ended lower on Monday, as the market was sunk by growing worries about the prospects of US economic growth and worsening US-China trade frictions.

All of the 11 primary S&P 500 sectors traded lower around market close, with the financials sector down over 1.9 percent, leading the losers.

The yields of both long-term and short-term US treasury bills plunged on Monday, with the benchmark 10-year bill's yield sliding to a bit over 1.64 percent after market close. That widened its spread with the 3-month note's yield, which stood at nearly 1.99 percent, thus forming an inverted curve and stoking fears of a potential recession.

The Cboe Volatility index, widely considered the best fear gauge in the stock market, increased 17.36 percent to 21.09 on Monday.

Goldman Sachs also cut back its growth forecast for the fourth quarter by 20 basis points to 1.8 percent, as the leading investment bank raised its "estimate of the growth impact of the trade war," said Jan Hatzius, a chief economist of the bank, in a note on Sunday.

"The drivers of this modest change are that we now include an estimate of the sentiment and uncertainty effects and that financial markets have responded notably to recent trade news," Hatzius noted.