BUSINESS US stocks close lower, on track for 1st monthly loss of 2019

US stocks close lower, on track for 1st monthly loss of 2019 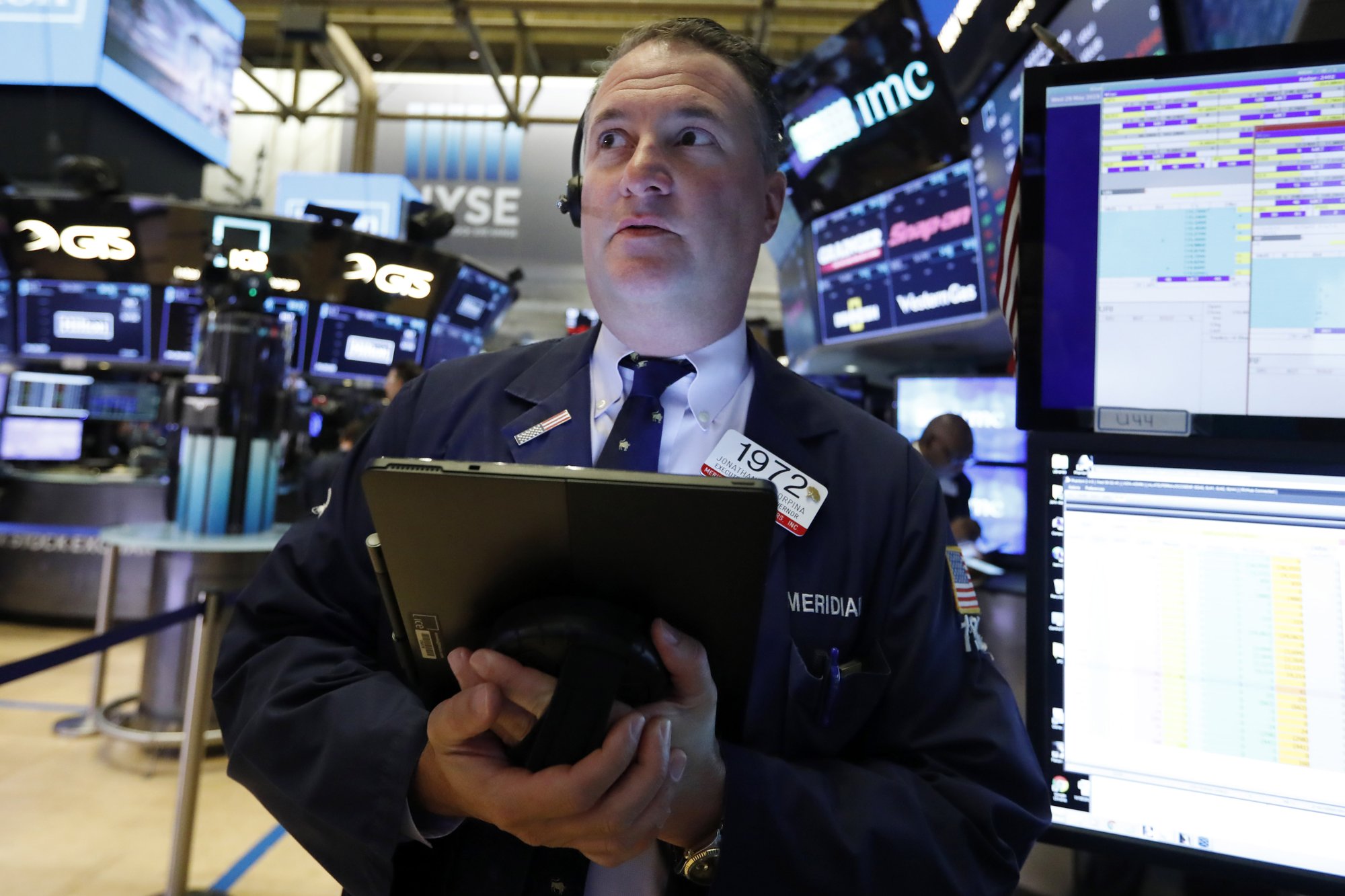 Another round of selling gripped Wall Street on Wednesday as nervous investors fled health care, technology and other high-risk stocks in favor of the safety of bonds.

The broad sell-off, which lost some momentum in the last hour of trading, keeps the market on track for its fourth consecutive weekly loss and its first monthly drop this year.

The latest market slide comes as investors worry that the trade war between the US and China will derail global economic and corporate profit growth as it drags on with no sign of a resolution.

“This is just a bit of a retrenchment with this realization that this trade issue may take longer to resolve that we previously thought,” said Jeff Kravetz, regional investment director for US Bank Wealth Management. “That’s giving concern that there is going to be lower economic growth going forward.”

With two more trading days left in May, the S&P 500 is heading for a loss of 5.5%. That would be its first monthly loss since December. The market has been heading steadily lower this month as prospects for the economy have dimmed and as traders got more worried about the lingering trade feud between Washington and Beijing.

In early May the US and China concluded their 11th round of trade talks with no agreement. The US then more than doubled duties on $200 billion in Chinese imports, and China responded by raising its own tariffs.

The market’s monthlong slump follows a yearlong run for the S&P 500 that culminated in an all-time high on April 30. The benchmark index is still up around 11% for the year, while the technology-heavy Nasdaq composite is up more than 13%.

Investors are retrenching in an attempt to wait out the worsening trade situation between the US and China as they face “tariff exhaustion”, said JJ Kinahan, chief marketing strategist at TD Ameritrade.

The yield on the benchmark 10-year Treasury note held steady at 2.26%, the lowest level in nearly two years. It fell as low as 2.18% during the day.

Lower bond yields are typically a sign that traders feel uneasy about long-term growth prospects and would rather put their money into safer holdings. The yield on the 10-year Treasury note is down 1 percentage point over the last six months, sending another strong signal that investors are concerned about weakening economic growth.

The 10-year Treasury note remained below the yield on the three-month Treasury bill. When that kind of “inversion” in bond yields occurs over an extended period of time, economists fear it may signal a recession within the coming year. It has happened multiple times so far this year.

The wave of selling also snared many big retailers.