US stocks close mixed ahead of Fed's decision on rate cut 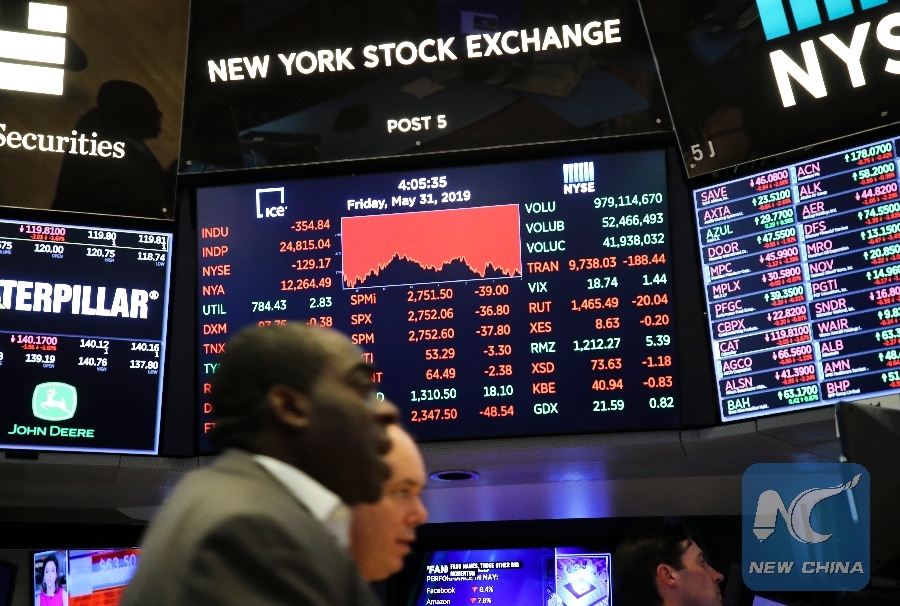 NEW YORK (Xinhua) -- US stocks closed mixed on Monday, as investors looked ahead to a key policy meeting of the US Federal Reserve by the end of the month.

The majority of the 30 blue-chip stocks in the Dow extended gains around the closing bell, with shares of Intel and Johnson & Johnson rising nearly 1.8 percent and around 1.75 percent respectively, leading the gainers.

Seven of the 11 primary S&P 500 sectors traded lower around market close, with the financials sector down nearly 0.8 percent, leading the losers.

The Fed is scheduled to discuss its monetary policy in a meeting on July 30-31, and is expected to announce details on how it will adjust interest rates after the meeting on Wednesday afternoon.

Traders have priced in a 100 percent probability that the Fed will cut rates later, according to CME Group's FedWatch tool around market close.