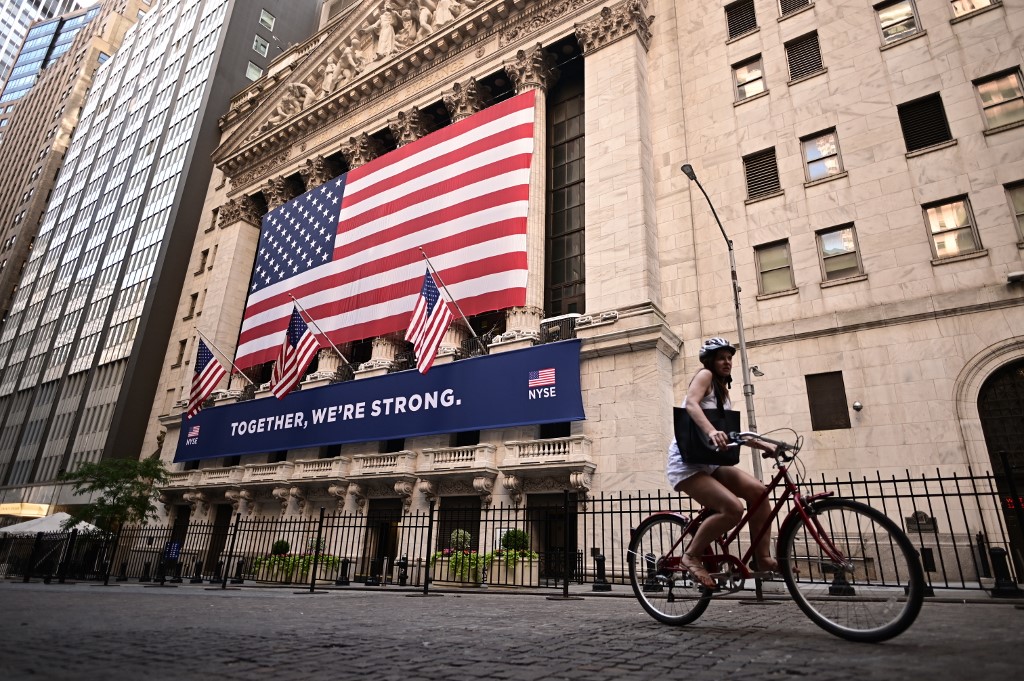 NEW YORK, July 23 (Xinhua) -- U.S. stocks fell on Thursday as a decline in major tech shares weighed on the market.

Shares of Apple and Microsoft both dipped more than 4 percent, leading the laggards in the 30-stock index.

Shares of other U.S. tech giants, including Facebook, Amazon, Netflix and Google-parent Alphabet, all closed lower.

The S&P 500 tech sector pulled back 2.63 percent, the worst-performing group.

Meanwhile, U.S.-listed Chinese companies traded mostly lower, with nine of the top 10 stocks by weight in the S&P U.S. Listed China 50 index ending the day on a downbeat note.

The market moves came after data showed the number of Americans filing for unemployment benefits rose last week for the first time in nearly four months, as the nation continues to grapple with soaring coronavirus infections.

U.S. initial jobless claims, a rough way to gauge layoffs, came in at 1.416 million in the week ending July 18, an increase of 109,000 from the previous week's revised level, the Department of Labor reported Thursday. Economists in a Bloomberg survey had forecast 1.3 million initial claims.

"Jobless claims rose last week for the first time since the last week in March," Chris Low, chief economist at FHN Financial, said in a note, commenting on the newly-released jobless claims numbers.

"They didn't rise by much, but the increase suggests pared back re-opening has hurt the economy," said Low.

More than 4 million confirmed COVID-19 cases have been reported in the United States, with over 143,000 deaths, as of Thursday afternoon, according to a tally by Johns Hopkins University.